One of the most dramatic releases in Ashes history was that of divine and sympathy magic. These classes of magic debuted with the Odette and Namine deluxe expansions, and were subsequently paired up with each other magic type to create all of the dual-class expansion decks we have today. Stay tuned to Team Covenant for more previews from the expansions featured in today’s article!

First thing’s first, both of these dice have received dice power updates: 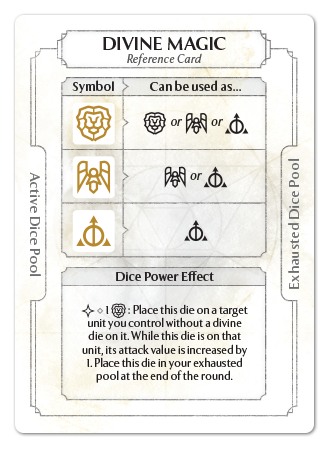 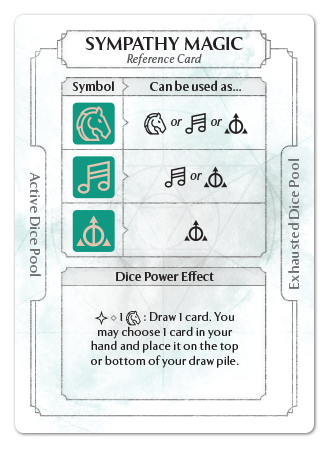 Divine magic provides a much more straightforward attack buff than its previous iteration. Sympathy magic’s dice power has a subtle buff to it, allowing you to optionally keep the card you drew without being required to put a card on the top or bottom of your draw pile.

The Law of Lions 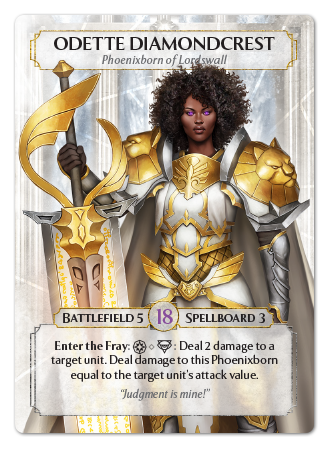 Starting off strong, we have Odette Diamondcrest, Phoenixborn of Lordswall. Odette is reborn with a vengeance, boasting a devastating removal ability in Enter the Fray. Any time a card or ability comes with no dice cost, there is huge potential for it. This is certainly the case for Odette, who can elect to fight an opponent’s unit once per round, only at the cost of her life value. Paired with her (unchanged) unique card, Sword of Virtue, Odette is a master of the battlefield. 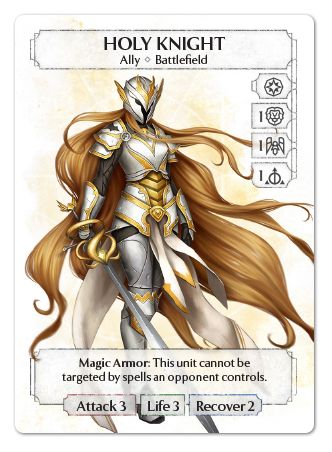 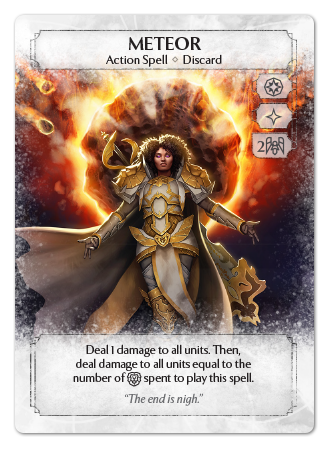 Holy Knight has received a few updates to help it fit into the design goals of Ashes Reborn. Full immunity effects, such as the 1.0 Impenetrable ability, tend to gravitate towards the uninteractive gameplay of stacking alterations on a safe unit for a single-attack one turn victory. Holy Knight now has a more appropriate statline and cost to pair with a more interactive form of protection in Magic Armor.

Meteor was one of the most defining cards ever printed in Ashes. It was also tremendously complex in its resolution during the highest level of gameplay. I still wanted to highlight the drama of such an impactful card for Ashes Reborn, but ensure it comes with a hefty cost to justify its influence. Meteor is now one of the few cards with a double action cost. When a card costs your main and side action, you will need to fix your dice accordingly in advance. Meteor rewards this with its extra effect to deal additional damage based on how many power dice you spend. Watch your foes tremble in fear as you meditate up to two divine power dice, foretelling the coming of Meteor! 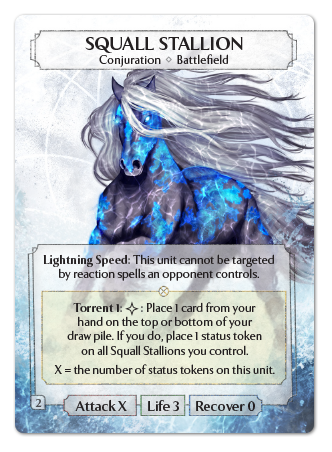 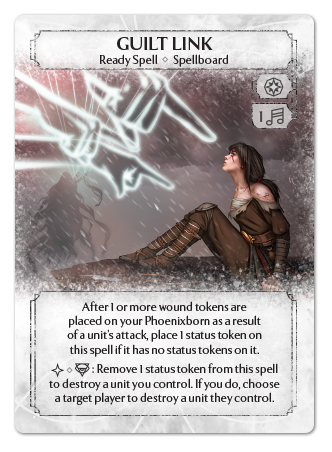 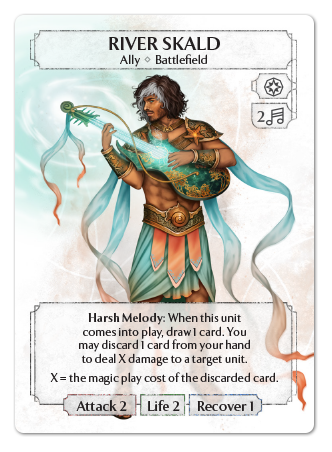 While Namine and her unique card Encore were not changed, a number of her other cards were. The Squall Stallion is a personal favorite of mine in Ashes Reborn! The combination of its Lightning Speed and Torrent abilities creates this feeling of a storm brewing as your stallions grow from the tumultuous waves crashing and manipulating your draw pile. Sympathy magic has a focus on benefits through multiplicity, as seen by Torrent placing status tokens on ALL your Squall Stallions!

Guilt Link is a core spell for sympathy magic. It boasts the retaliative ability to trade one of your units for one of your opponents! There are many small units available in sympathy magic like Salamander Monk, and Guilt Link can very often give you the better end of the trade as your opponent can become forced to sacrifice a much more valuable unit.
River Skald helps identify some more core strengths of sympathy magic, contributing a card draw ability that can convert a card from hand into some immediate damage. The bigger card you discard, the more damage it’ll do!

The Masters of Gravity 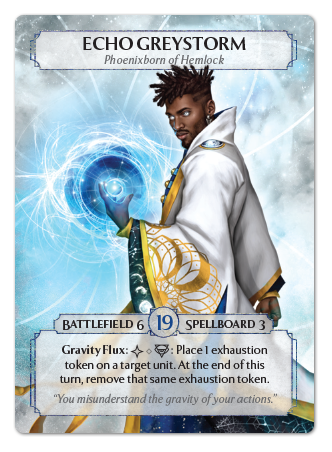 This expansion deck features a combination of divine and sympathy magic, taking the form of gravity manipulation. Echo Greystorm is a Phoenixborn updated with new stats and ability. Gravity Flux has a multitude of applications, whether it is removing an enemy blocker for a turn, or faking your way into an early Gravity Training buff! 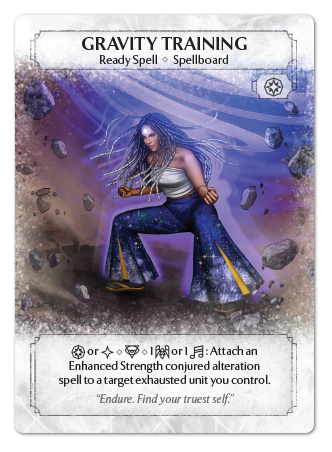 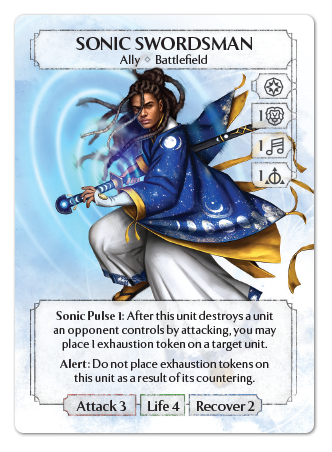 Speaking of Gravity Training, this ready spell was simplified from a triggered ability into an activated ability, allowing you to attach a buff alteration to exhausted units. The flexible costs allows you to use Gravity Training after you use Echo’s ability, or right after launching an attack.

Lastly for today, we have an update to the Sonic Swordsman. This ‘knight’ ally has a lot of similarities to the previously shown Hammer Knight. The combination of an offensive ability and the defensive Alert ability rewards players who can deploy their big allies at just the right time to make use of both abilities. Look forward to crushing your foes under the weight of gravity with this powerful updated ally!

Thanks for checking out this week’s article! Check back next week for more Ashes Reborn previews, as well as Team Covenant’s live streams.

Plus the Ashes Reborn Rulebook and Primer are now available on our site. Check them out!