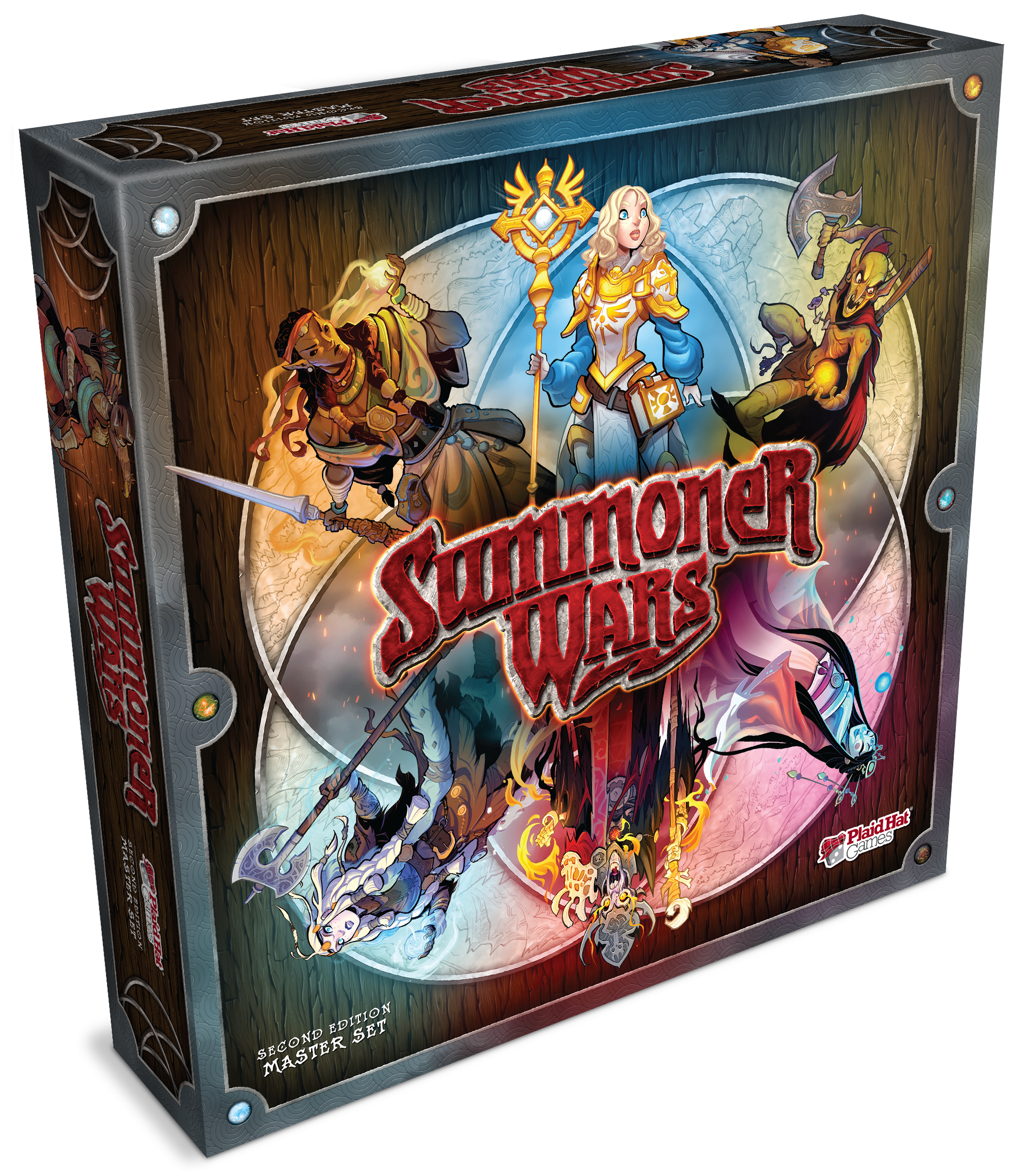 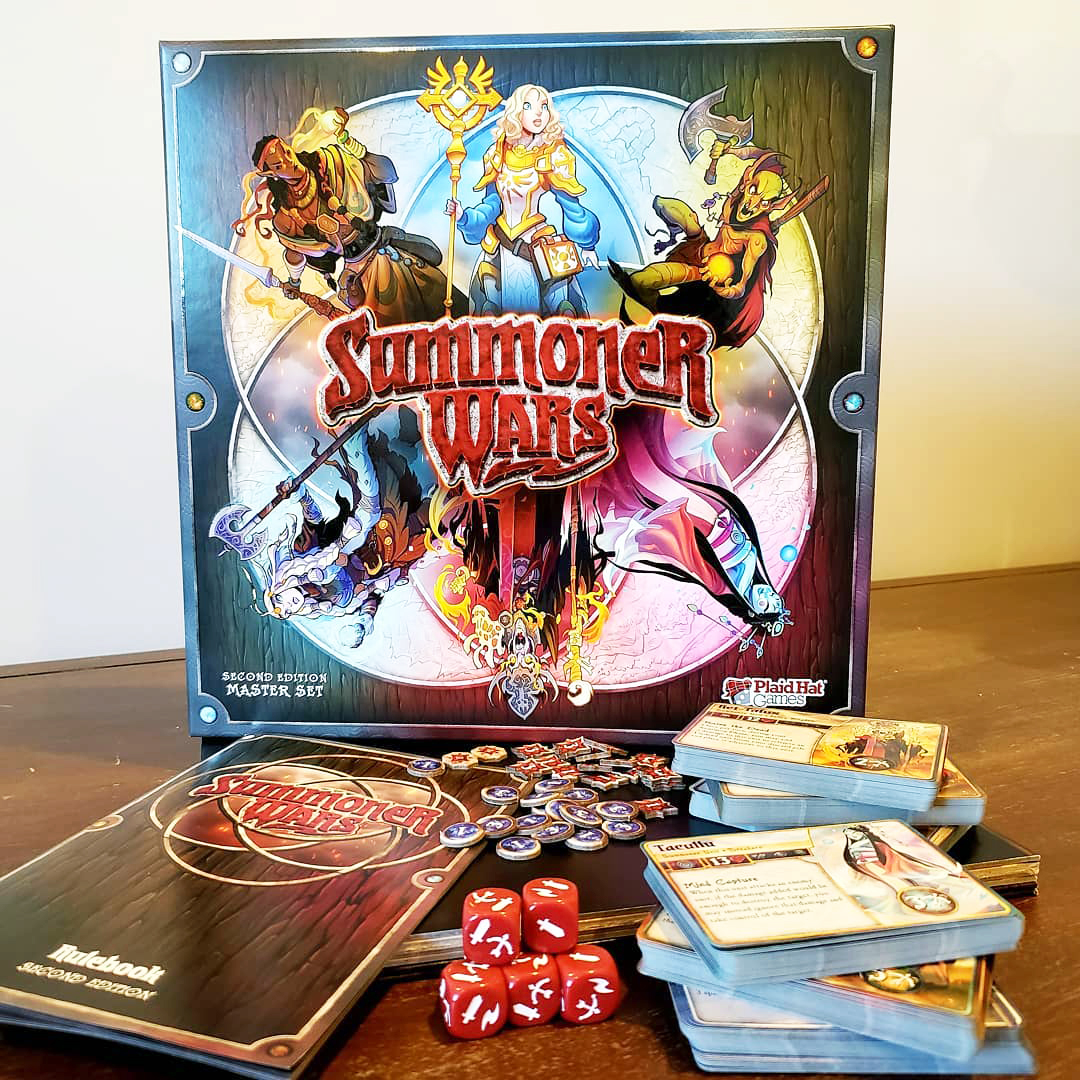 Revisiting the game that started it all!

Now with two great ways to play! Summoner Wars Second Edition can be played in-person with physical cards, online with our new browser based app Summoner Wars Online, or both! Become a subscriber to stay up to date with the latest cards and strategies!

With new artwork and a perfected rules system, this edition is guaranteed to delight both new and old fans alike! 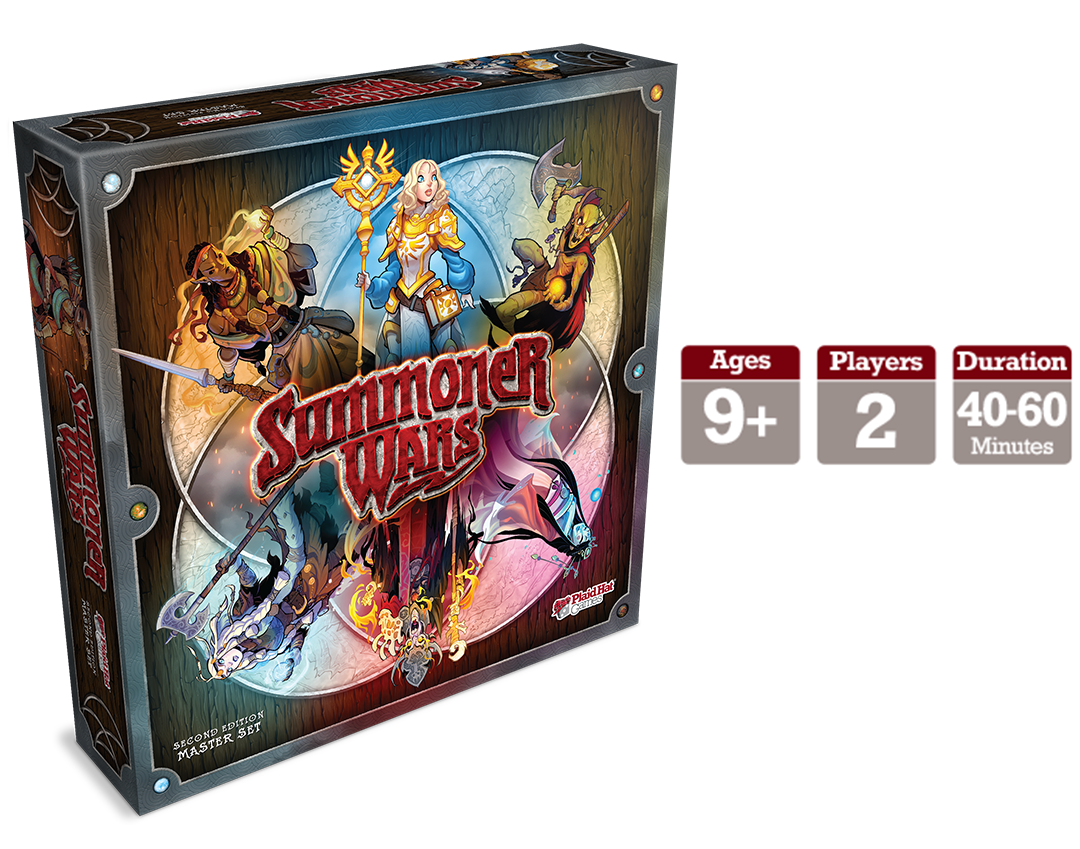 Summoner Wars puts you in the role of a powerful summoner in control of a unique army, dedicated to taking control of the war-torn planet of Itharia. Display your tactical prowess by summoning units to your gates, outmaneuvering your opponent, and cutting down the enemy summoner to claim victory. Be wary though! The enemy will take advantage of every opportunity they find to destroy you and your army. 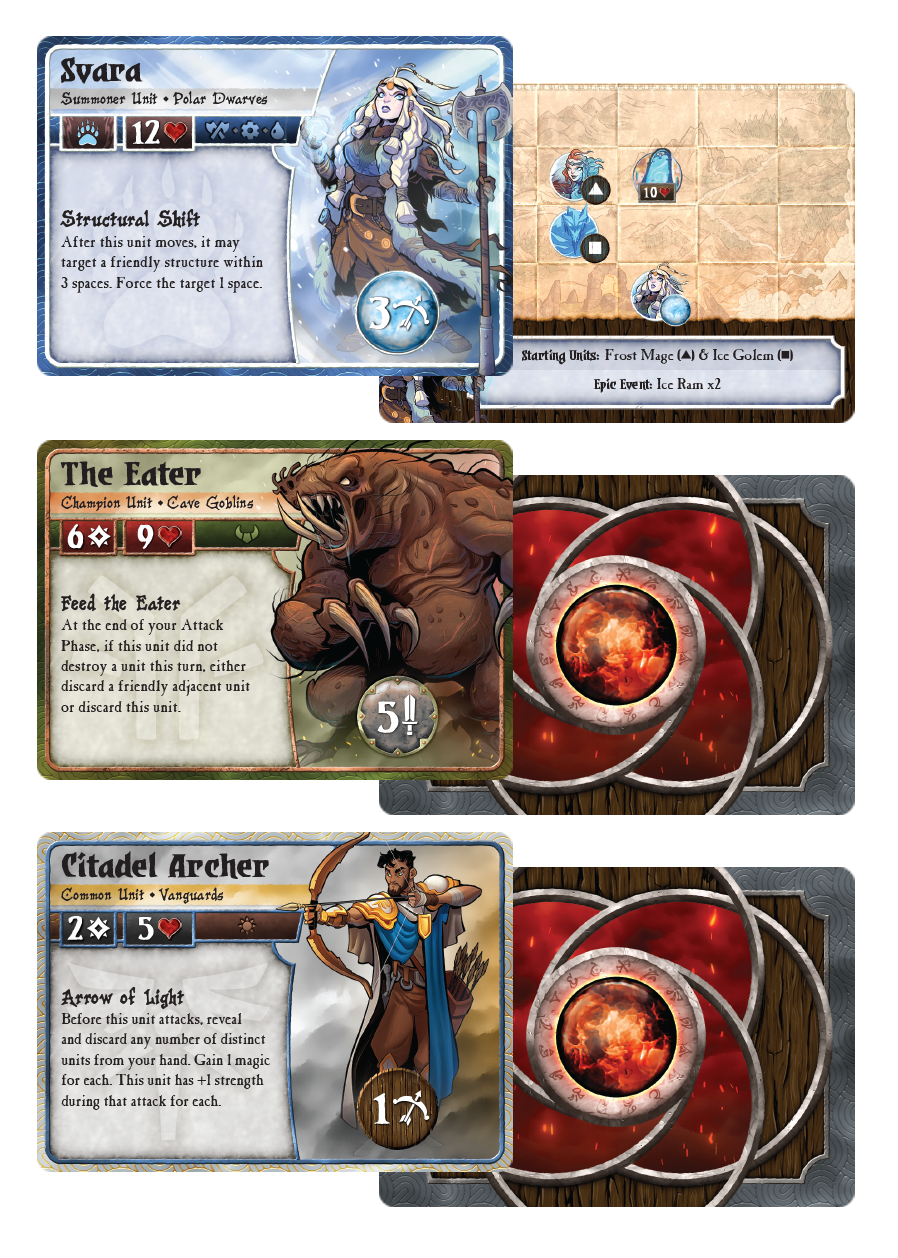 Countless units, a wide variety of spells and abilities, and the option to build your own decks, all make for a game sure to entertain, play after play. 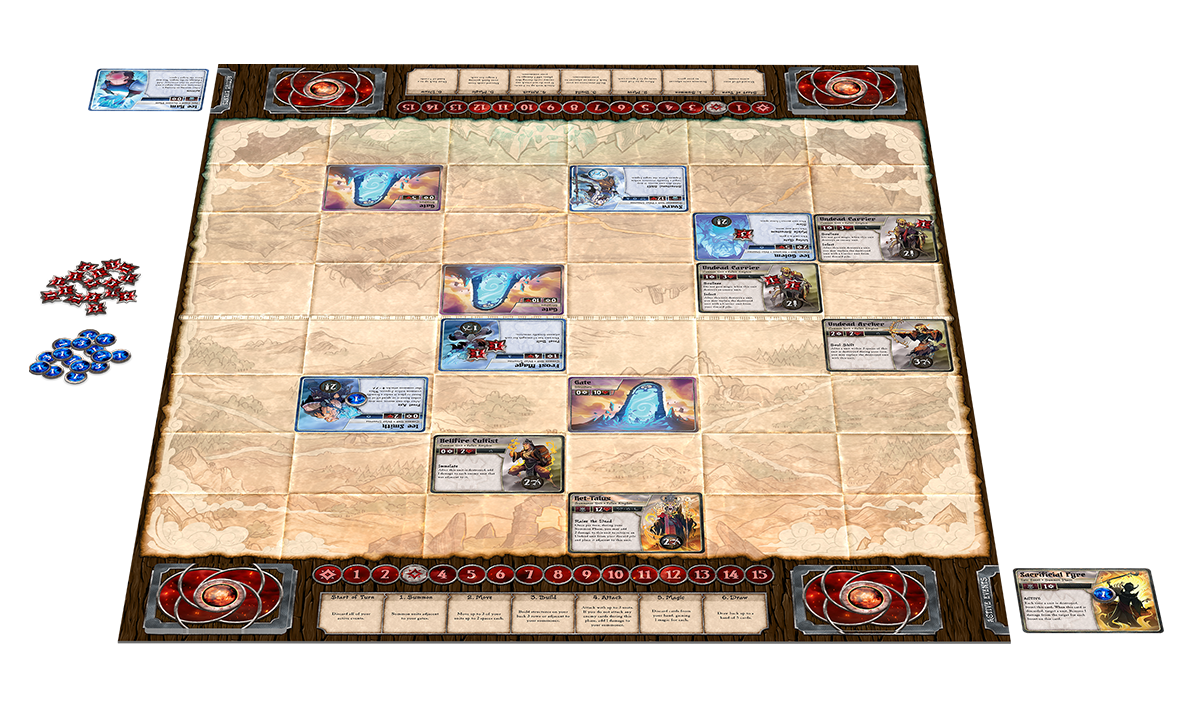 Gameplay on Summoner Wars Online is identical to the physical game and will include all factions from the Master Set when it launches in August 2021. The app will be updated as new factions are released!

Summoner Wars Online will always feature a free, rotating “faction pack of the month.” This will be a great way for players to try out the game, and a way for subscribers to play with friends who have yet to discover the joy of Summoner Wars.

Click on the link below to try your hand against D.O.U.G., the Digital Online Unfriendly Gamer. Watch out though, he’s pretty rude and can cut straight to your core.

Scared of technology? Don’t worry, the demo is very user friendly and will walk you through turns. Try it out! 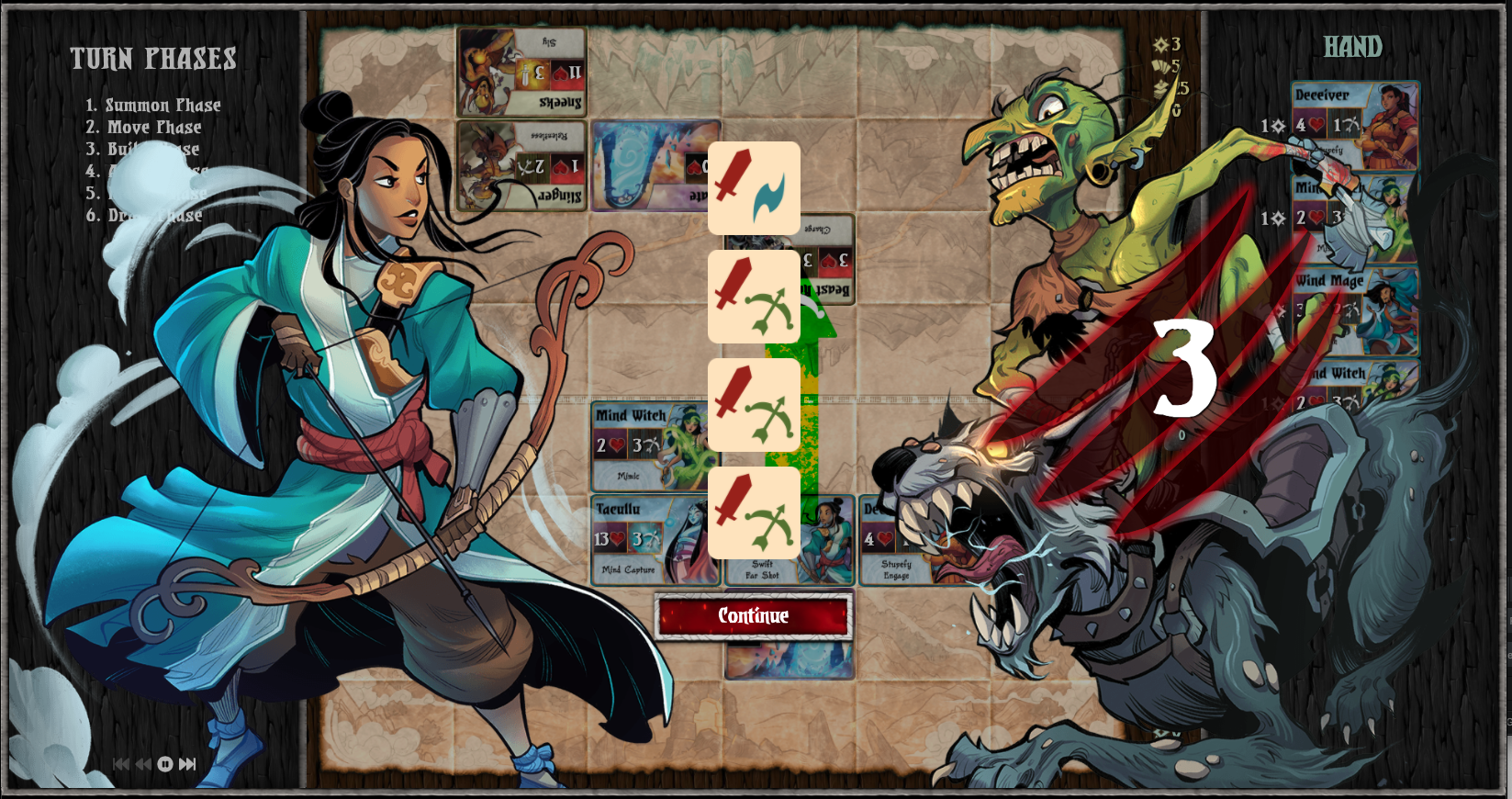 Summoner Wars Second Edition has a new look! Acclaimed illustrator Martin Abel first worked with Plaid Hat Games in 2017, and is now back for Summoner Wars! Vibrant colors and contemporary design brings the summoners into a new decade. In addition to all-new illustrations, Plaid Hat has better optimized card layout to improve your gameplay. We're also lucky to have Madison Johnson contributing their fantastic art to this brand new edition, as well. 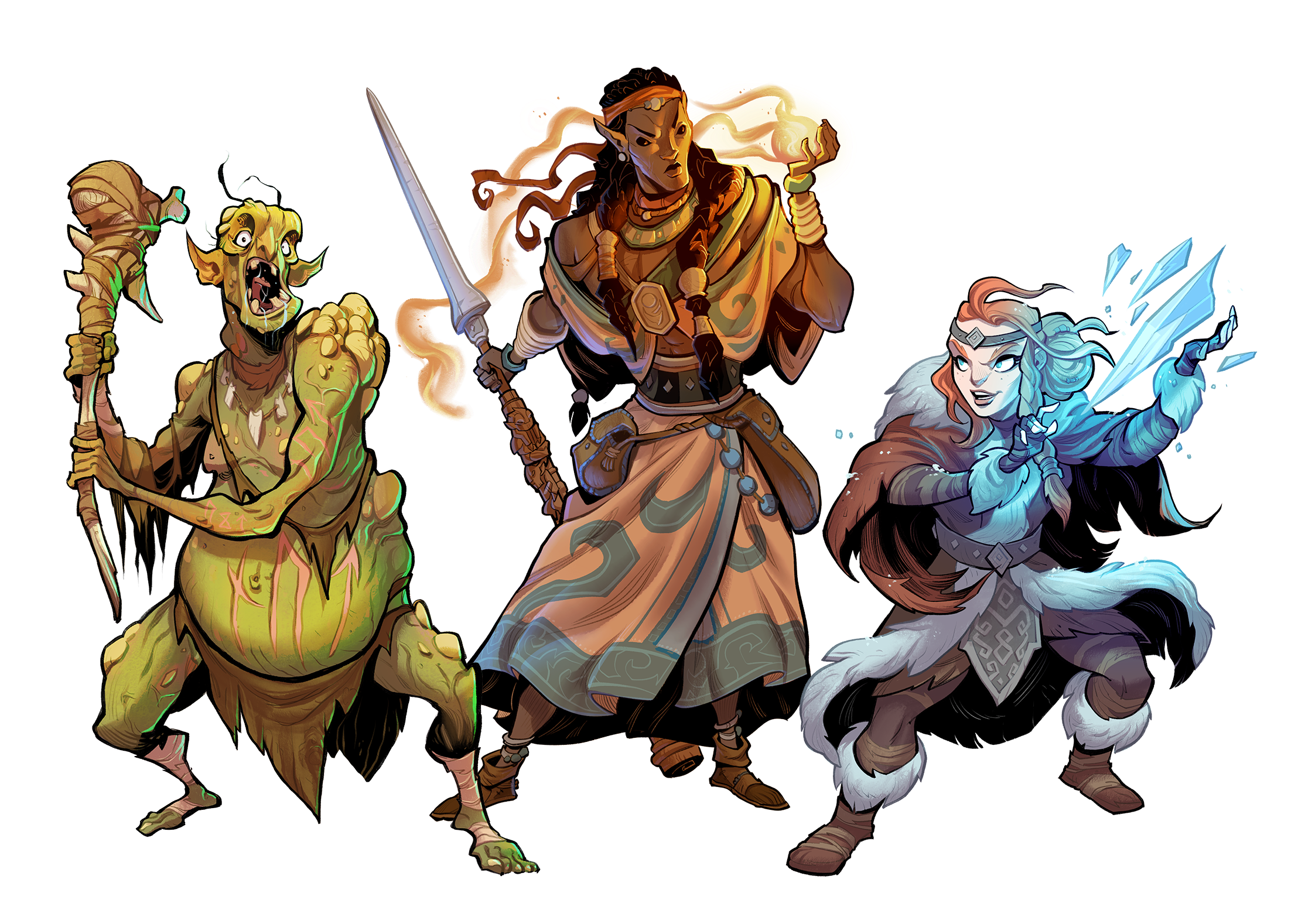 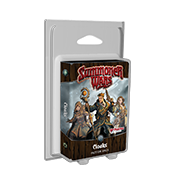 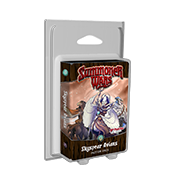 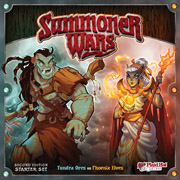 Colby Dauch is not only the designer of Summoner Wars, but also the founder of Plaid Hat Games.

Find out why he thought it was time to revisit the game that started it all. 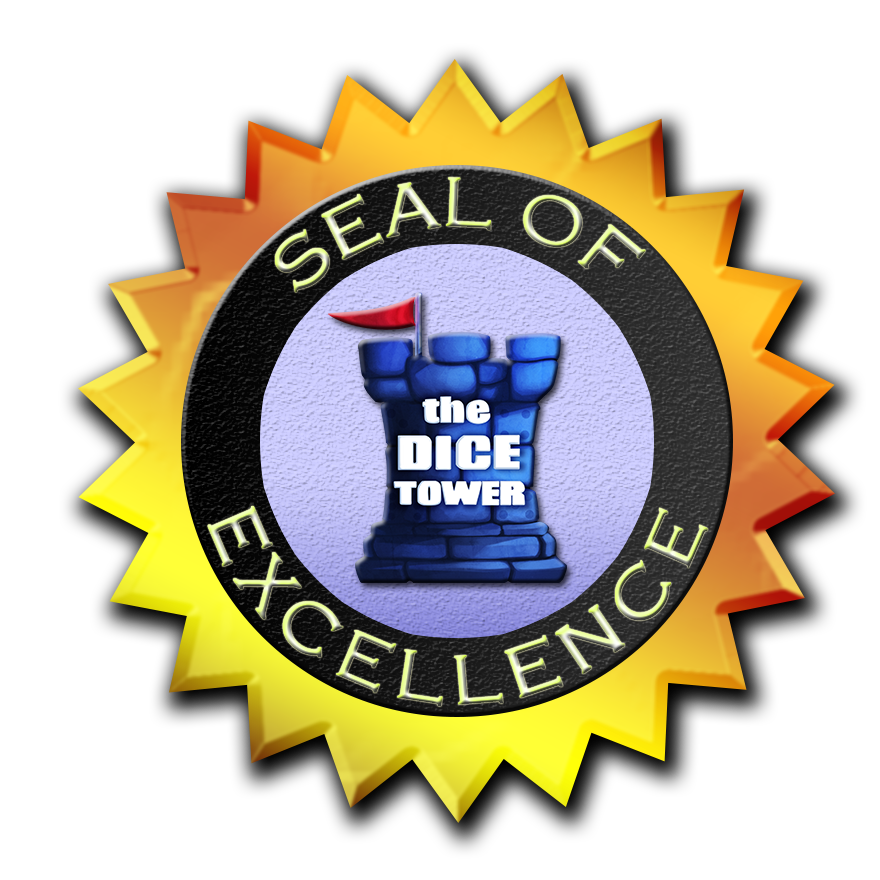 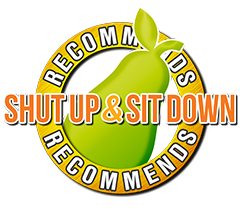 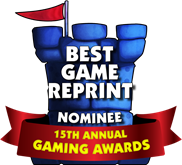 How the subscriptions work:

Ownership means you’ll have access to all purchased faction packs for the life of the digital product. You silly goose!