Welcome back, summoners! We have recently announced the Shadow Elves, a faction full of scholars of forbidden knowledge and assassins who prowl the darkness. Check out their summoner, Selundar, and their epic event in the announcement article. Now let’s begin with the dark-type commons of the Shadow Elves! 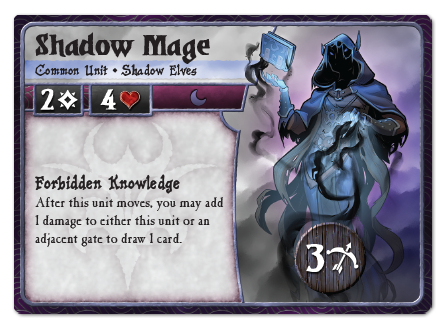 The Shadow Mage is a student of Selundar, studying the power of sacrifice for knowledge. Convert your precious life values into card draw and fuel Selundar’s Blood Magic ability, or send your Mages on the offensive to procure knowledge from enemy gates! 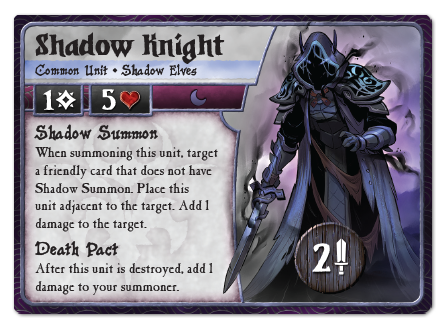 Selundar has formed a deadly pact with Shadow Knights, calling them forth from darkness to fight. These powerful warriors may come at a cheap magic cost, but be careful letting them fight to the end, or Selundar will feel the cost! Shadow Knights are a great candidate for Selundar to bounce back to hand with Return to Shadow.

Tomorrow, we continue Summoner Wars previews as we share the remaining two light-type common units! Make sure to subscribe to Summoner Wars to be among the first to receive the Shadow Elves early next month! 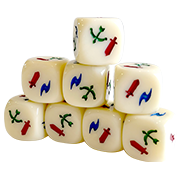 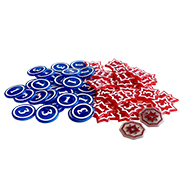