Welcome back, summoners! The upcoming Summoner Wars Starter Set once again comes packed with two classic factions: Phoenix Elves vs Tundra Orcs! We’ll be taking a look at the latter in this preview. Grognack is back, and smashier than ever! 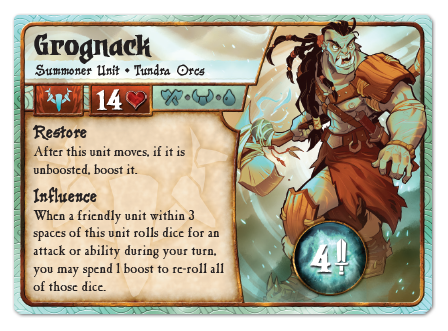 The summoner of the Tundra Orcs is capable of both leadership and taking matters into his own hands. Grognack’s influence ability can be used to rally his allies in combat, allowing them to take another shot at any failed dice rolls. This is certainly handy for a faction with many wild attacks! When other orcs can’t get the job done, Grognack can with a brutal 4 strength and sizable life value. The combination of his aura effect and powerful attacks makes this summoner quite a centerpiece on the battlefield. 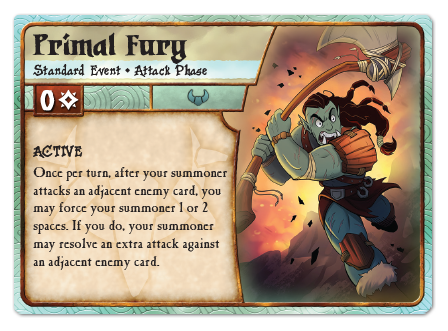 Grognack also has access to Primal Fury, an aggressive summoner’s dream event! This card gives Grognack the chance to keep on smashing his way to victory with an extra move and attack during the attack phase. Perfect for busting through defenders and gates to get a suckerpunch through to the opposing summoner!