Welcome back summoners! The Phoenix Elves are known for their flashy swordplay in combat, dishing out deadly counterattacks to those who step too close to the flames... 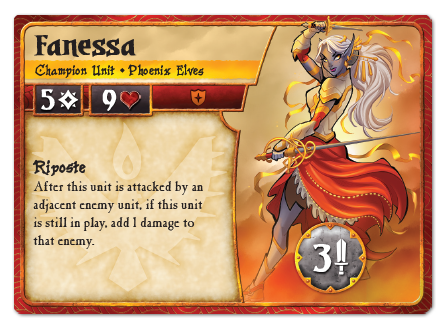 Fanessa is a champion that excels in crowded melee combat. Keeping her around against a swarm of smaller attacking units is sure to spell disaster for them, with Riposte punishing each unit that dares to face her down! 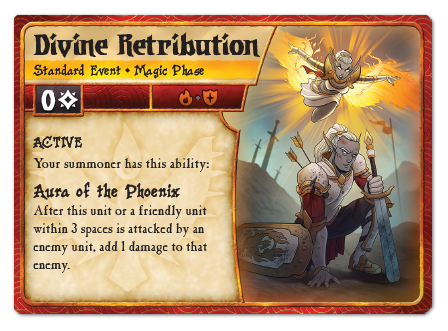 Divine Retribution takes things one step further, with Maldaria providing an aura effect around nearby allies. This spell can cause your opponent to really second guess how much they should be attacking on their next turn.