Welcome back summoners! The Phoenix Elves are back with more fiery goodness, this time conjuring up the very essence of fire itself! 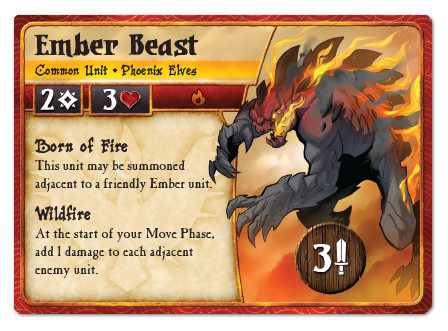 Ember Beast represent the spreading and explosive nature of fire. They can be summoned adjacent to any Ember unit you control, giving an added threat to any units wielding the power of fire. This special placement plays well into their next ability, giving them extra reach for spreading Wildfire! 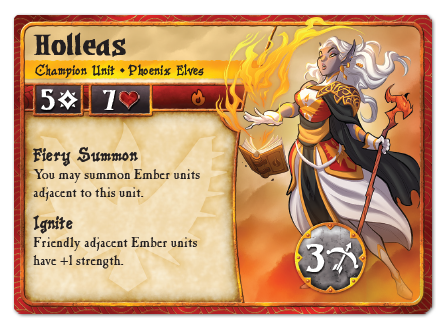 Become a Subscriber!
Summoner Wars Second Edition Full Subscription
$29.95
2
7+
45-60 minutes
Pre-Order the Master Set and enroll in the Full Subscription Plan- Four times per year, get 2 Summoner Wars Faction Decks mailed to you for the low price of $29.95 per release! Includes Digital Access!