Welcome back summoners! The Phoenix Elves have many fire-based weapons, spells, and creatures at their disposal, giving them precise ways to deal damage. Take a look at these fiery common units! 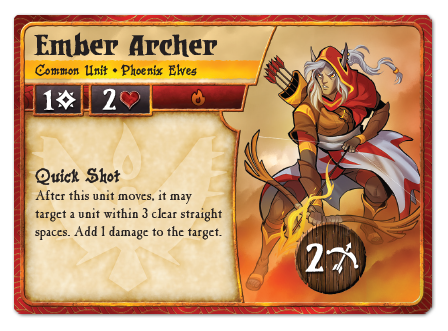 The Ember Archer is a simple but effective ranged common, with the ability to pick off foes in the move phase. Whether you are doubling down on the same target with this ping and your attack, or spreading the damage between two targets, the Ember Archer is easy to wield effectively! 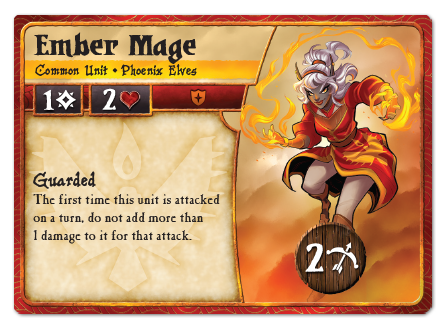 The Ember Mage is a more defensive common in comparison, and serves as another effective unit for Maldaria to call over for protection. The Guarded ability puts a stop to big swings, forcing the opponent to attack this unit from multiple sides or over the course of two turns -- perfect for blocking their reach to the Queen!