My Way or the Knife Way

Welcome back, Ashes players, to another installment of Re-Constructed. Last article, Noah showed us how to be sly and secretive. This time, Brennen shows us how to be blunt and destructive.

By this point, you should already know the deck building restrictions we’re working with. If you do need a refresher, you should check out our previous articles on Maeoni, Rin, and Noah. Go ahead, you’ve got time; this ritual sacrifice takes a little bit of setup: 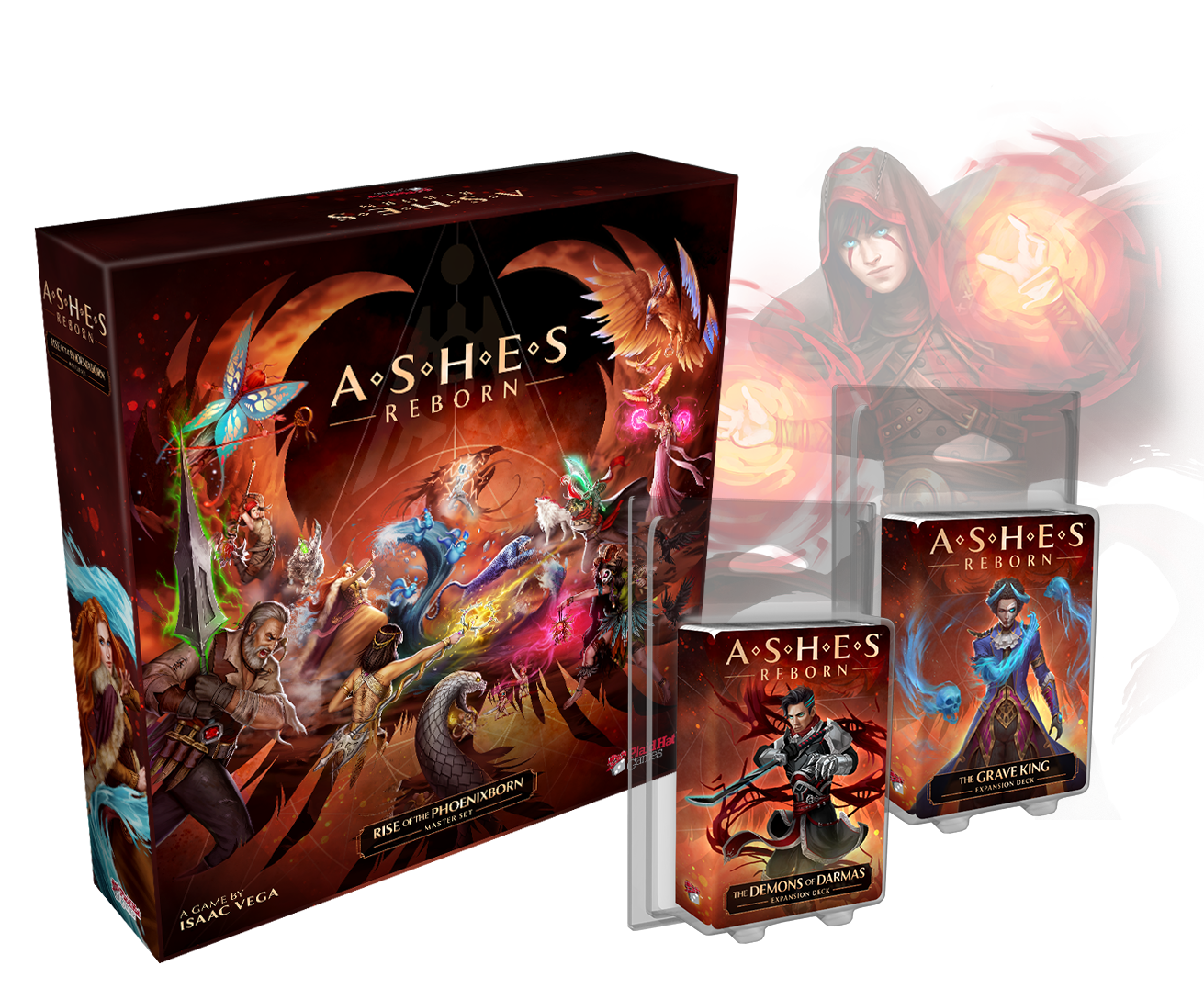 The Sacrifices of Blackcloud (Re-Brennen)

10 Ceremonial // Needed Sets: The Demons of Darmas, The Grave King

It’s funny that we recently talked about mono-natural being a simple deck, but Brennen’s Phoenixborn ability is an entire archetype to the degree that most Brennen decks tend to build themselves. The combination of his ceremonial focus and Spirit Burn ability most often push him into an aggressive strategy built around racking up quick and dirty attacks before forcing an absurd amount of direct damage over 2-3 rounds. The pre-con plays a lot slower, focusing on solid defensive cards like Dread Wraith, Regress, and Blood Chains while steadily burning the opponent down with Brennen and Fire Archers. I think that strategy made a little more sense in the original game when Blood Chains could place upward of six exhaustion tokens and Regress was permanent, so for the re-con we’re aiming to get a little spicier.

Let’s start with the cards that we’re keeping. Dread Wraith gets tougher as it takes damage, but we’re mostly using it to apply pressure on our opponent’s units; now that each player only has one Phoenixborn guard each round, Dread Wraith can be used either as a strong blocker or prickly unit attacker. All our allies are sticking around as each serves a crucial purpose: Archer advances our win condition and provides cannon fodder, Bomber is a tech card for attacking exhausted threats or pinging lots of units (including Dread Wraith sometimes), and Blackcloud Ninja at the right time or with the right target can be absolutely backbreaking. Regress is a lot worse with Fleeting, but there are still times when it can heavily stunt an opponent’s round, and while Fester is amazing, we’re only running two since we’re not necessarily looking to wound units so much as kill or ignore them. To that end, Blood Chains is a lot more usable since the exhaustion lockdown is still way too important. 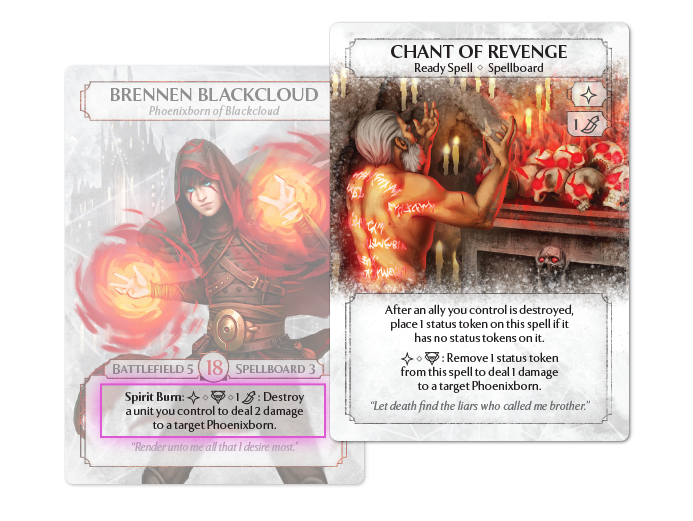 Now for the new stuff. We’ve substituted Chant of Worship for Chant of Revenge to push extra burn, with the guarantee that we can use it every single round thanks to Brennen. Chant of Worship is great, but we don’t need the draw quite as much since few of our cards individually are stronger than our general burn game plan. Brennen’s guaranteed death triggers are also why we’re playing both Summon Sleeping Widows and especially Final Cry. We’ve also nabbed a couple interesting support tools from Harold and James’ decks; Adrenaline Rush can enable extra fearsome attacks from Dread Wraith seemingly out of nowhere (and pairs well later with Blood Chains), and Rising Horde might be the best sacrifice target Brennen could ever ask for. I also like adding a single Dark Reaping from Harold’s deck, but you could easily swap it with James’ Reclaim Soul to get the same effect with different benefits. 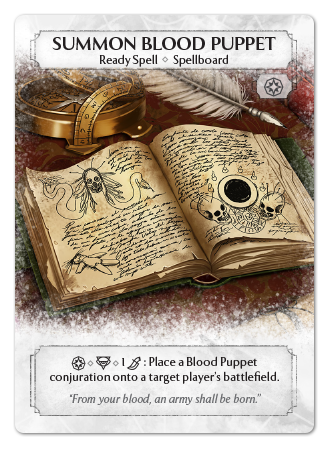 We’ve also added...Summon Blood Puppet? Actually yes, this is a pretty solid deck for them. Blood Puppets usually force bad dice exchanges from your opponent (You pay 1 Dagger, but your opponent needs 2 Basic to kill it), and while giving your opponent extra blockers would normally be bad, Brennen can also deal tons of damage without ever having to attack. It’s also a super secret tech card: Blackcloud Ninjas can attack puppets to trigger seal strike without having to worry about dying on the attack.

I start with Dread Wraith, Chant of Revenge, and Rising Horde in almost every matchup, and add Blood Puppet and Sleeping Widows in most of them; my opener is usually turn 1 - Rising Horde and Chant of Revenge, then turn 2 - Spirit Burn the Rising Horde, trigger Sleeping Widows, and Attack the PB for 6. Afterwards, fill out the remainder of the round with Dread Wraith and Blood Puppet. That being said, those last two cards will often be more matchup dependent. I love Blood Puppets in most cases, but will opt out if I suspect the opponent is also playing heavy sacrifice (for example, another Brennen). Against control decks that tend to run 0 attack units, I love an early Blackcloud Ninja for repeatable Seal Strikes. Similar to Noah’s re-con, we also want to include Choke in the opener for a couple of matchups where the Phoenixborn’s ability can really hose us (Aradel comes to mind). 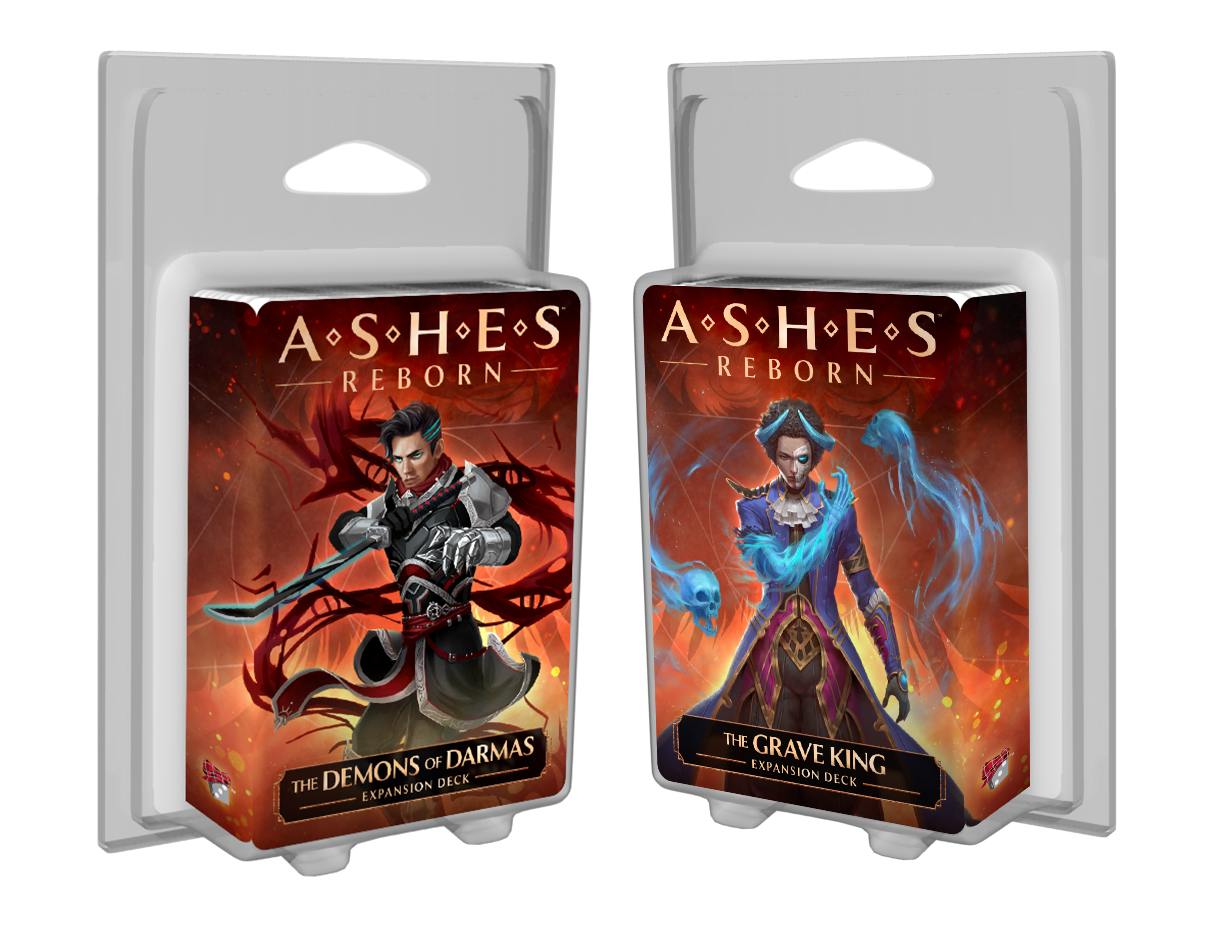 Can we be a bit more budget friendly?

I feel like I made a pretty decent case for both The Demons of Darmas and The Grave King, but I get that times are tough. If you’re really hurting for money, you could maybe get away without either expansion here. Rising Horde is astoundingly good with Brennen (in this deck, I run it in every First Five), but you could replace them with Blood Shamans to at least have a “positive” sacrifice target. Cards like Adrenaline Rush and Dark Reaping open up more avenues of play (and Psychic Vampire can also apply solid pressure in this deck as well), but you could just go harder on Fester and Choke, and maybe throw in a single Call Upon the Realms to help with dice fixing. Ashes Reborn is definitely a game where you don’t need to own every single thing to construct effective decks, so you should expand your collection as you feel comfortable.

The approach I went with was very burn oriented, but there’s a lot of ways to improve this deck defensively if that suits your playstyle better. I mentioned Blood Shaman earlier as a sub for Rising Horde, but you can technically sub it for any ally. If you really want to live forever, splash in natural for Butterfly Monk (likely replacing Blood Puppet) as another very strong sacrifice target. Also mentioned earlier is the swap of Dark Reaping for Reclaim Soul to keep you healthy in a less committal fashion. For those looking for stronger control of the board, add a 3rd Crimson Bomber and switch Blood Puppet out with Small Sacrifice. Dealing 1 to your Dread Wraith makes it stronger, but also getting to deal damage to your opponent’s units without needing a natural splash is pretty solid. 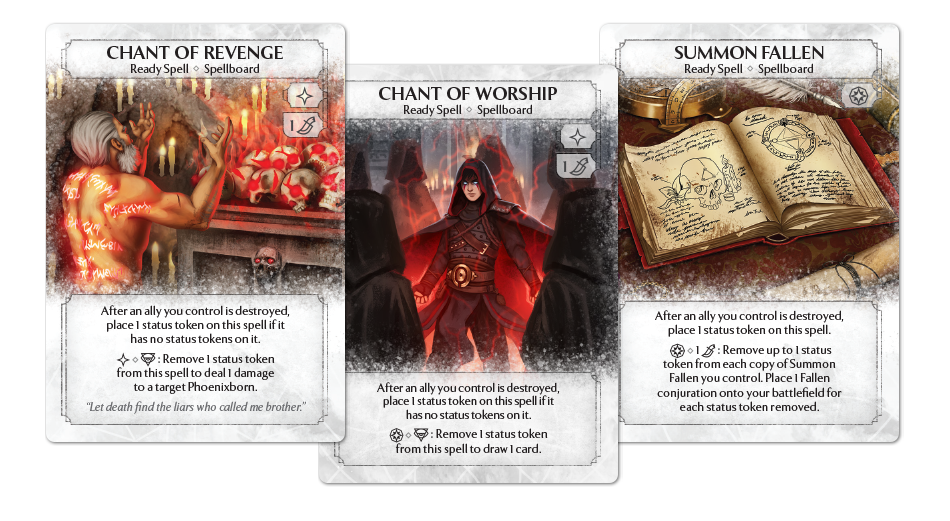 But there’s also a much darker route, something I call “the reaper’s spellboard”. This involves running a full playset of Chant of Revenge, Chant of Worship, and Summon Fallen, and gearing the entire deck around maximized ally death triggers. Here, it’s probably good to splash illusion for card draw and Stormwind Sniper, but you could also splash charm to help you score an extra book or chant via Open Memories. This approach is certainly riskier, but with enough setup it can be fairly disgusting to deal with.

That’s all for this article, but come back next time as we transition from the destructive allies of Blackcloud to the lively conjurations of Evermist Valley.

Pre-Order The Ashes Reborn Master Set!
Ashes Reborn: Rise of the Phoenixborn
$49.95
2
14+
30-60 minutes
Choose from six Phoenixborn in this Ashes Reborn base set, using imaginative cards and custom dice to summon faithful allies, combine powerful spells, and outwit your opponents in a fast-paced back and forth barrage of well-crafted magic and strategic skill.

Pre-Order The Grave King!
Ashes Reborn: The Grave King
$14.95
2
14+
30-60 minutes
This talented sociopath wields his power, stripping the living of their flesh, and raising their bones to do his bidding. James Endersight feeds off Divine and Ceremonial magic to raise the dead in this deck expansion for Ashes: Rise of the Phoenixborn.