Welcome, Ashes players. We’ve spent the last few weeks showing you some amazing constructed decks you can create with nothing more than the Rise of the Phoenixborn. Starting this week, we’re going to explore the wonderful world of re-cons. No, that’s not a typo.

One thing that sometimes gets overlooked is the number of players that enjoy playing pre-cons right out of the box. While one of the best things about Ashes is the incredible deckbuilding potential and variety of cards, pre-cons provide an excellent starting point for players to familiarize themselves with the rules of the game, basic interactions, and a few nuances of various Phoenixborn. Not everyone that plays with pre-cons is completely comfortable going straight into deckbuilding from the get go; in a way, pre-con play is on one end of the spectrum, and full-on deckbuilding is on the other. For today’s deck, we want to explore some of the middle ground, while also helping you to slowly expand your collection in the process.

Introducing “Re-constructed,” decks that use the pre-constructed decks as a base and amplify them with overall minimal changes. To be specific, these are the restrictions I used when making the re-con decks:

We’re also hoping to help you slowly expand your collection and illustrate how to use your new cards to improve existing archetypes, and what better place to start than Maeoni Viper, with a frosty touch of Rin: 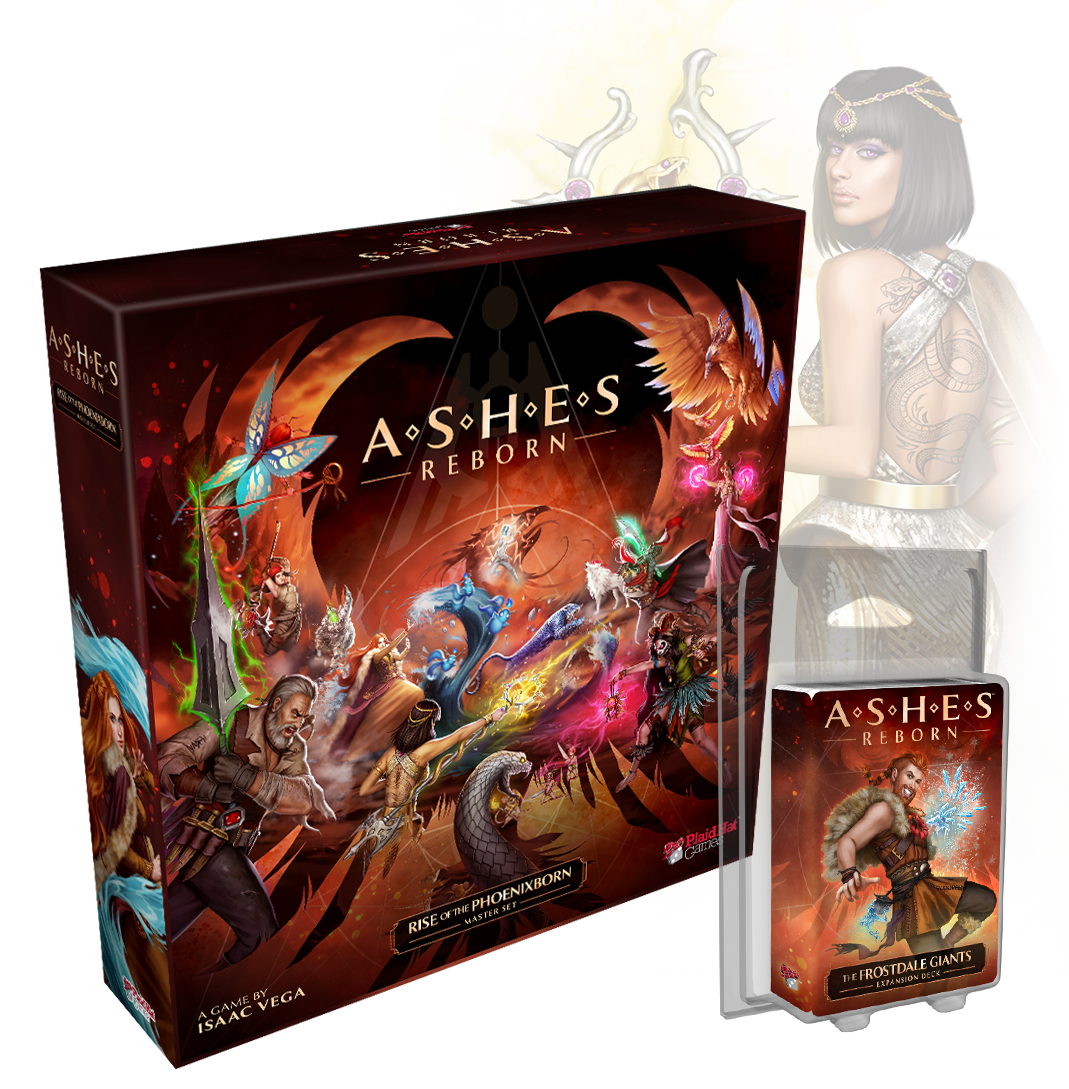 The Snakes in Verglas (Re-Maeoni)

3x Call Upon the Realms

Maeoni's original pre-con is amazingly unique and synergistic among all of Ashes, including expansions, so for this re-con we’re looking to highlight our strengths rather than get too experimental. Almost every part of the pre-con already does so much: Silver Snake has tons of growth potential; Gilders deal damage, guard, and help snakes grow with status tokens; Empower both provides additional tokens as well as a token outlet; Refresh and Transfer enable you to double up on snake value; Golden Veil keeps your engine safe; Hypnotize and Molten Gold allow you to close the game out. These pieces already work really well, so I don’t see a reason to disrupt that. That being said, we probably don’t need 3 copies of every one of these cards, especially situational tools like Refresh and Hypnotize. By shaving many of these numbers down, we open up a lot more versatility in the deck for other power plays. We’re looking to get a lot of mileage with Massive Growth, which can be applied to Gilders or smaller snakes and will always pull double/triple value through Concerted Strike and/or Transfer, Refresh, and Close Combat. We’ve also rounded out the deck with a couple useful allies so that our 4th battlefield slot isn’t going to waste, both of which also benefit from our Gilder’s unit guard. 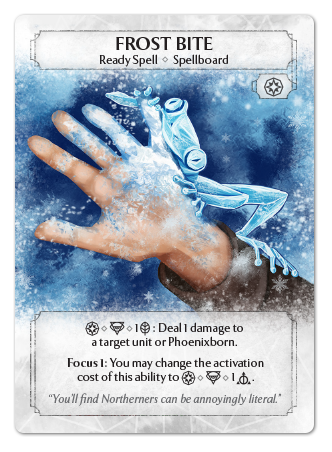 The biggest new addition to the deck is Frost Bite. Hypnotize with Empower is a good win condition, but the all-in “big swing” strategy can leave you rather vulnerable if you can't hold the fort. Frost Bite does basically everything you want in this deck; you can use it to easily finish off smaller units to grow your snake, stack damage on non-recoverable units between rounds, or apply pressure to your opponent’s life total from a distance.

This deck is mostly about playing to your strengths, so I would choose Summon Silver Snake, Summon Gilder, Empower, and Open Memories every time, leaving 1 flex pick. Golden Veil is a solid pick against hard removal (like Jessa’s Fear), and Enchanted Violinist can be good against small unit rushdown (Noah’s wolves and spiders), but if you really aren’t sure I’d go with Call Upon the Realms or Frost Bite as they are fairly neutral options in most matchups. 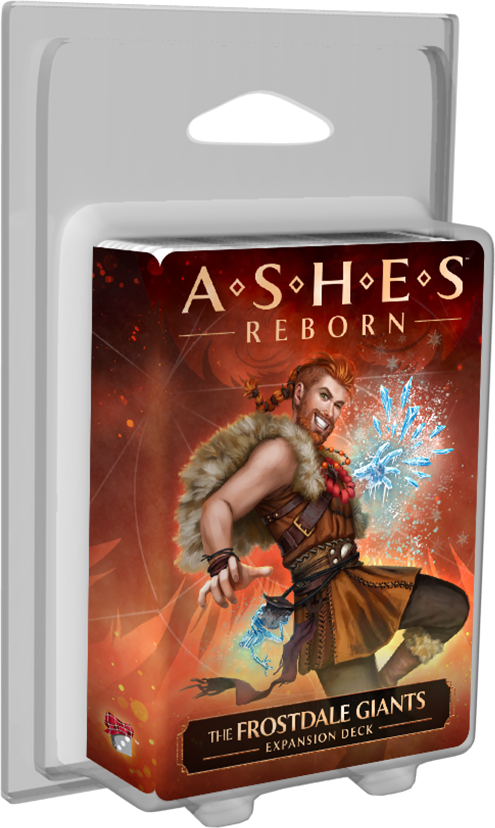 What if I don’t own or want The Frostdale Giants?

Losing Frost Bite is tough, but not impossible. Without Frost Bite, you’re committing even harder to snakes, so add the other two Summon Silver Snakes back into the deck. I’d also consider Sympathy Pain as a way to squeeze some additional board control or extra surprise burn. While Hypnotize will be your ultimate win condition, I’d rather add more Open Memories to the deck to hit the Hypnotize since they can help you after you’ve already drawn it.

Let’s say you’ve piloted this deck and had fun, but want to push it even further. Good news, there’s a lot of ways to make this deck stronger. I built this re-con on a set of stringent conditions both to challenge myself and also highlight the existing strengths of the pre-cons themselves. That being said, you aren’t bound by any such restrictions, so go nuts! That’s why I would recommend adding a splash of another dice type. Though, fair warning, this mentality might encourage grabbing other expansions.

The core of Maeoni’s re-con can really go a long way with a bit of sympathy magic, namely with Explosive Growth, which not only produces immediate status tokens but also constantly doubles the power of your snake. Going in that direction can also open you up to Mirror Spirit and Invigorate as backup threats to pair with snakes, while also opening Seeds of Aggression as an easier splash option. While I do think Gilders are the best unit guard for this deck, you can also opt for Biters which may be better against players with larger units. If you’re finding that swarm decks are still overwhelming you in a bad way, or maybe puppets are stalling your board a bit much, consider throwing in Nature’s Wrath to clean up the board and feed your snake big time. Finally, you can swap out Transfer or Refresh with Change Psyche to open up some offensive options every now and then.

That’s all for this article. Tune in next time as we take a look at...Rin? Absolutely, we’ve been celebrating Rise of the Phoenixborn for so long but Ashes Reborn is so much bigger than just the core set, and since we already grabbed Rin’s expansion for this deck, we can definitely punch those frosty giants up a notch.

Pre-Order the Ashes Reborn Master Set
Ashes Reborn: Rise of the Phoenixborn
$49.95
2
14+
30-60 minutes
Choose from six Phoenixborn in this Ashes Reborn base set, using imaginative cards and custom dice to summon faithful allies, combine powerful spells, and outwit your opponents in a fast-paced back and forth barrage of well-crafted magic and strategic skill.