Running with the Wolves

Welcome back, Ashes players, to another installment of Re-Constructed. Last article, we showcased Rin and his slew of powerful units and alterations. This article, our units are getting much smaller but no less deadly as we examine Noah Redmoon.

To those who missed the last article or need a refresher, re-constructed is a deckbuilding restriction which uses the pre-constructed decks as a base and amplifies them with overall minimal changes. The goal is to provide a nice middle ground between playing with pre-con decks and full on deck constructing. These are the restrictions I used:

With that established, let’s take a look at the wolfpack: 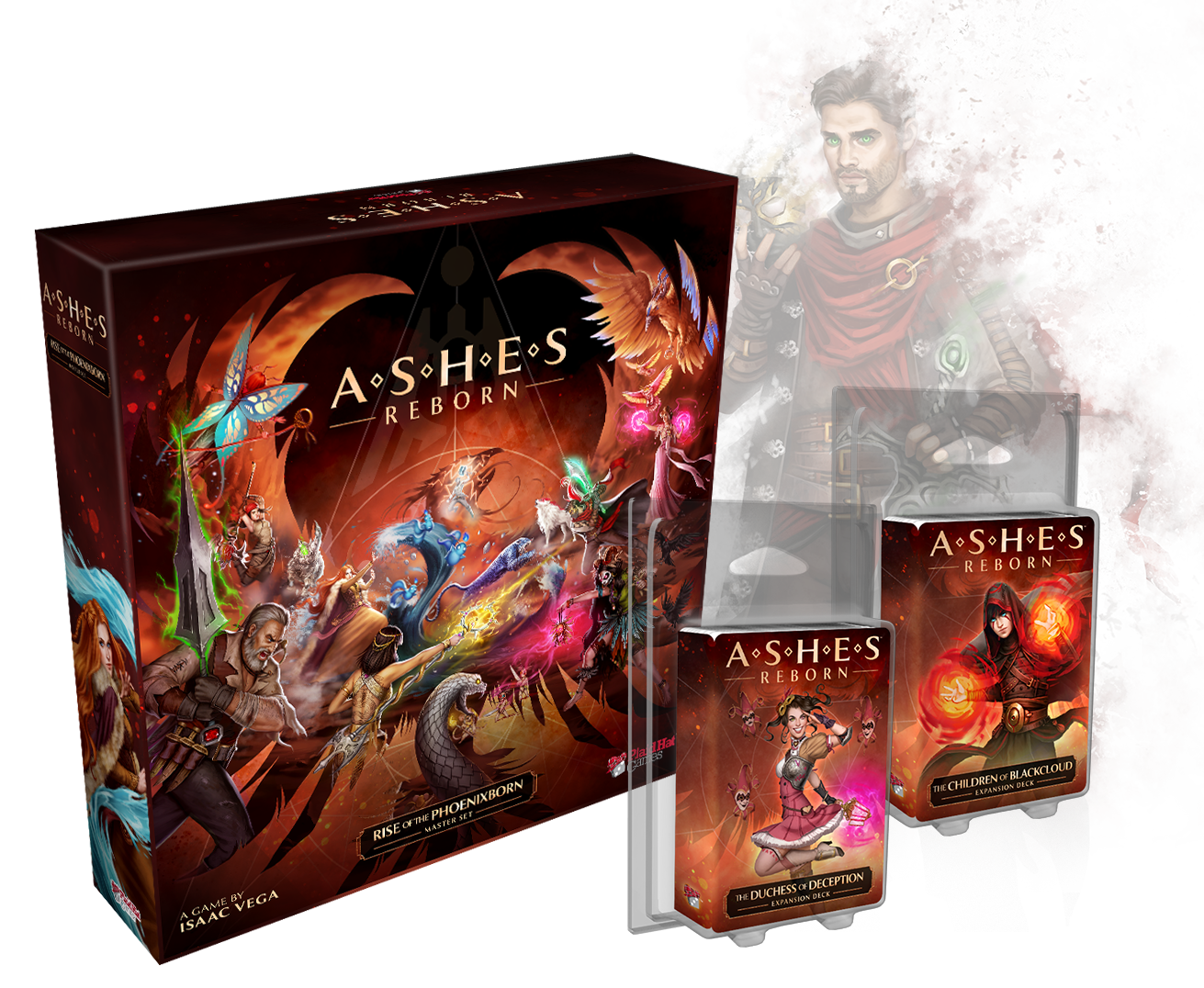 The Secrets of Viros (Re-Noah)

Dice 6 Illusion, 4 Ceremonial // Needed Sets: The Duchess of Deception, The Children of Blackcloud

1x Figures in the Fog

Noah’s pre-con has historically been pretty weak, but with the changes made in Ashes Reborn and some of the swaps we’ve made here, he can be an absolute nightmare. The general game plan here is disruptive aggression with a focus on inevitability, and most of Noah’s Reborn pre-con is already tailored to manage that. Masked Wolves being a side action summon has always been fairly effective as a pure surprise factor, but with its newly reduced cost and focus ability it’s now incredibly threatening at all times. To support the wolves, the aim is to open cracks in the opponent’s defense, and there are several tools to accomplish that. Noah’s Shadow Target can effectively remove blockers by disabling summon books, False Demons and Resummon can be used to apply hard pressure to chump blockers, and Sleeping Widows punish our opponents for killing our units. 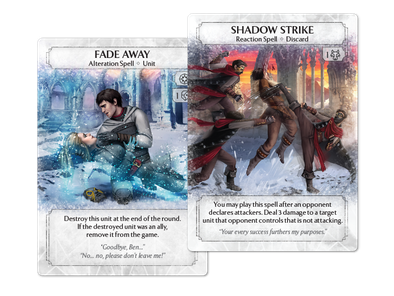 One of the stronger combos is Fade Away with Shadow Strike; use Fade Away to make your opponent feel like they must attack with their unit before it dies, then play Shadow Strike to kill a different unit in the back, suddenly leaving your opponent with 2 fewer blockers. Playing Noah is often more about playing your opponent than playing the actual game, and many of the additions to this deck are tailored to enhance that. Choke punishes an opponent trying to set up cool tricks with their Phoenixborn (especially good against Jessa), Figures in the Fog and Strange Copy give you some nasty surprises for giant units, and Hidden Power supports both of them by allowing you to forecast more nasty tricks in hand, forcing a bit of paranoia for your opponent while also helping draw more wolf books. 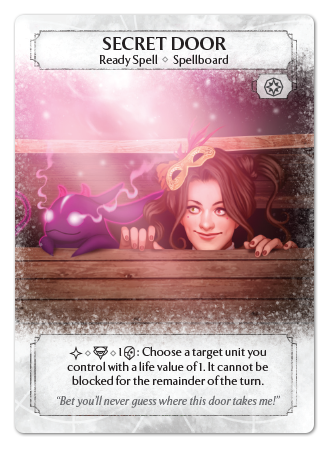 As mentioned in the last article, we’re making one crucial spellboard swap to open more doors for success; Secret Doors, in fact. While this deck does play pretty fast and furious, it’s also quite fragile with its slew of 1 life units and might fall apart before getting the job done. That’s where Secret Door comes in, giving us a way to guarantee damage when the game drags on a bit long. The primary intent is to combine it with Stormwind Sniper for a total of 3 direct damage that the opponent can’t really stop since conceal will keep the unit safe until it makes contact. However, we also have another dastardly trick where we can summon a wolf, use the Focus 1 for an extra side action, and immediately open a door to force the wolf in for 2 surprise damage. And because we’re running multiple copies of Secret Door, we can sneak these tricks multiple times per round. I should clarify though, this is to help secure an over the top victory. It’s not robust enough on its open to be a full gameplan, at least not in this deck.

One weakness this deck still has is that it’s generally fragile; almost all of our units only have 1 health. That being said, we don’t really care. Yes, our units are fragile, but they are also supremely awkward to handle. Masked Wolves are incredibly flexible with their side action summon, and Stormwind Sniper’s Conceal stops any attempt at direct removal until we can sneak them through. All that being said, we’re no stranger to defense, we just tend to handle it more...aggressively. If your opponent attacks with something big, you can easily take it down by using Strange Copy on one of your wolves, or Figures in the Fog to offset by 1 crucial turn. If your opponent attempts to attack tactically by leaving some units to block, use Shadow Strike to create unexpected openings. And even if your opponent swings with everything, that also means they leave themselves vulnerable, and between Resummon and Sleeping Widows, it’s not hard to mount a surprise retaliation. This deck is definitely high risk, high reward, and will require you to be just a little devious to pilot it properly.

For all of these purposes, we find ourselves in a similar position to the last few re-cons in which we keep most of the cards that make these decks work, adjust the numbers to focus on the important aspects, and add new tools for versatility.

Our most important opener is Summon Masked Wolf, too much of our game plan requires it, and I generally like using Summon False Demon and Resummon to apply lots of mental pressure while giving us a stable board presence. Burn damage through Snipers and Archers is something I want to save for later, so for openers I prefer to look for wolf books with Sleight of Hand and Hidden Power, though you can opt for more aggressive openers like Summon Sleeping Widows or tempo-driven plays like Fade Away. Against Phoenixborn with particularly nasty abilities against you (Aradel, Coal, Leo), Choke is also an extremely valid option. 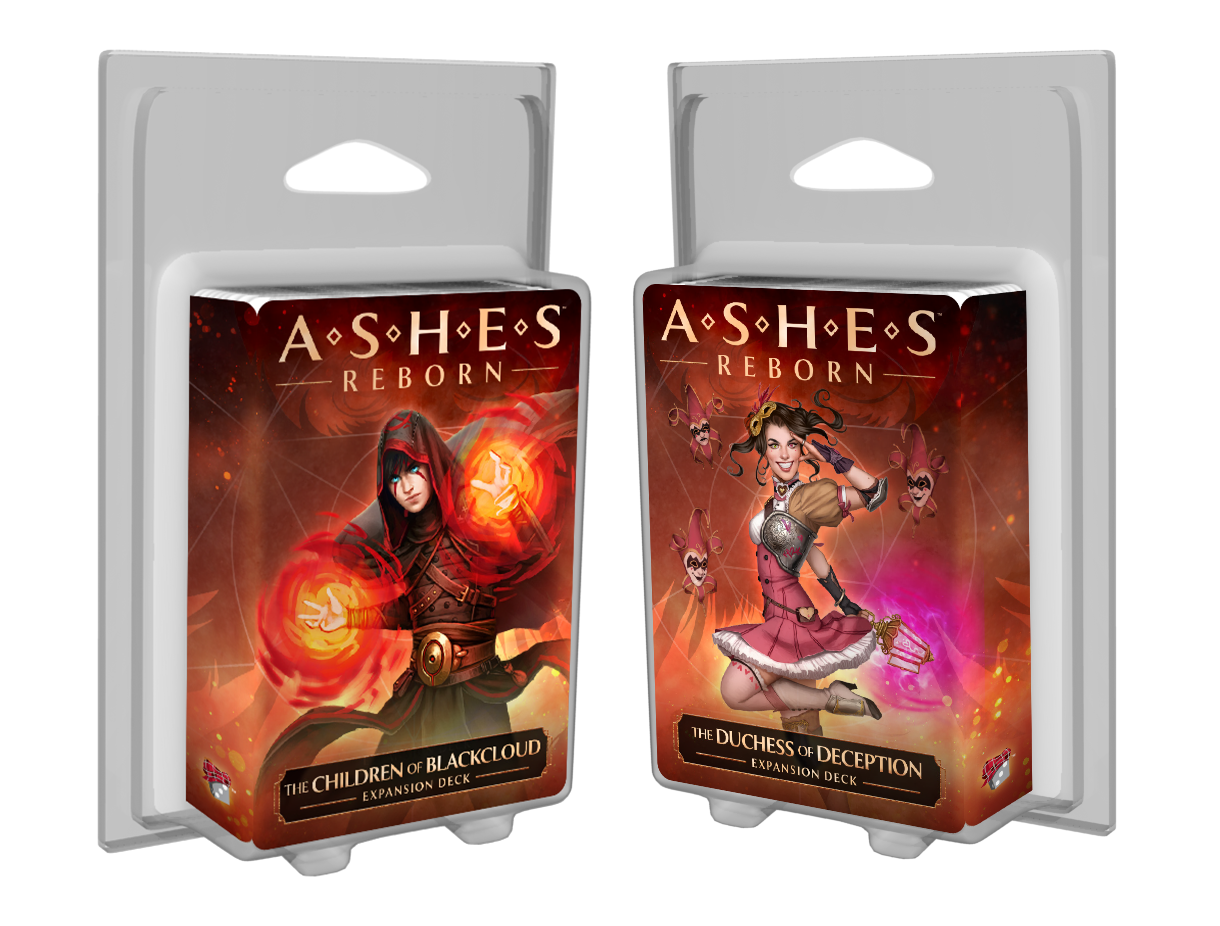 Both of these expansions are fairly crucial here. Fire Archers help us fill out our battlefield nicely while also burning the opponent, while Choke really saves us in a couple matchups. Secret Door is crucial to our late game, and the single Figures in the Fog is yet another solid tool for creating forced openings on our opponent’s side (and combos well with False Demon). Still, if you have to pick just one, there are some replacements available on either side. Losing Secret Door means we’ll have a slightly harder time closing the game out, so we’ll want to run a third Final Cry and second Choke, and should consider Fester as a replacement for Figures to help deal with big units. Losing Choke and Fire Archers means losing some burn, but Vanish is an acceptable substitution for Choke and you could replace Resummon for a full set of Summon Shadow Spirits to try overwhelming with numbers instead.

Noah’s battlefield is huge, and this re-con isn’t always the best at showcasing that. One way to fix this is with The Grave King expansion, which gives you both Summon Fallen and Immortal Commander. Other expansions offer other solid divine tools like Shield Mage and Chained Creations, two cards that can apply harder tempo on opponents and might help us outrace them. Even without splashing a third color, Mist Spirit can be used to generate some incredibly fast boards and combined with Gates Thrown Open, your army can seem perpetual. 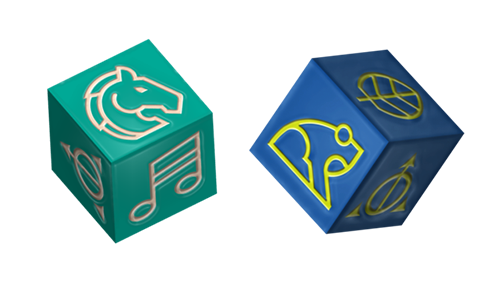 That being said, I would be looking for more ways to use wolf focus combos. Natural gives us access to Strengthen for surprise big swings, or even just the natural dice power to remove some blocking options pre-attack. Sympathy gives us access to Join the Hunt, which accomplishes mostly the same goal (wolves are good at swinging wide), but also gives us access to more brutal exchanges via Guilt Link. The weirdest combo is Magic Syphon, using the ability to cut an opponent’s power die before attacking and often guaranteeing our opponent can’t play reactions during our attack. The nice thing about either color splash is they both give us access to Raptor Herder, which is super cheap, goes well with Wolves, and fills out our battlefield really nicely.

That’s all for this article, but we’ll be back next time with another expansion re-con as Brennen looks to set the world on fire.

Pre-Order Ashes Reborn Master Set!
Ashes Reborn: Rise of the Phoenixborn
$49.95
2
14+
30-60 minutes
Choose from six Phoenixborn in this Ashes Reborn base set, using imaginative cards and custom dice to summon faithful allies, combine powerful spells, and outwit your opponents in a fast-paced back and forth barrage of well-crafted magic and strategic skill.
Unavailable