This article is the last in the series of card previews for Ashes Reborn. I hope you have been enjoying seeing the developments Ashes has taken to become a more streamlined and engaging version of the game we all love. Last in line for previews are James and Fiona from the Grave King and Protector of Argaia expansion decks. 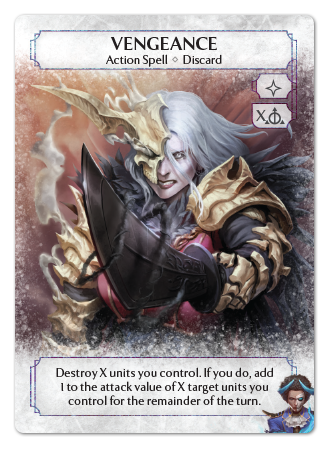 James Endersight is one of the most ruthless Phoenixborn of the bunch. His unique card, Vengeance, can trade a massive sacrifice of units to buff several other units ready to attack! Best of all, you can choose how much you are willing to sacrifice, thanks to the X cost of the spell. Vengeance benefits remarkably well from the new effect resolution rules of Ashes. Resolving it one step at a time allows you to sacrifice repopulating units like Salamander Monk and Rising Horde, then use Vengeance to increase the attack of those fresh units and send them in for an attack! 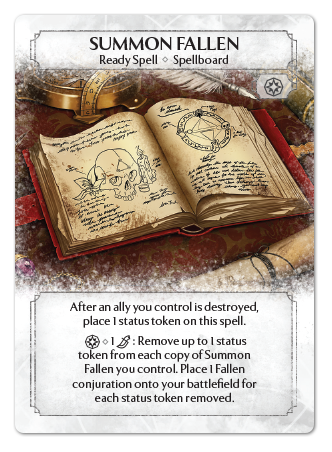 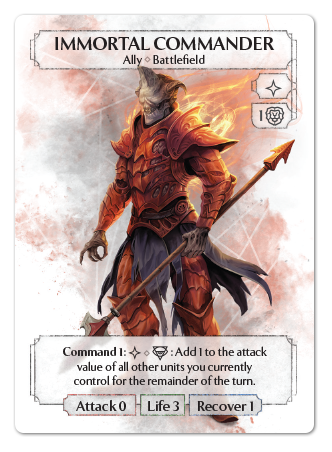 Needless to say, James is able to quickly transform his units into an aggressive army of the undead! Summon Fallen helps keep a steady supply of units under James’ command, and the more allies that fall, the more Fallen will rise!

Immortal Commander is an ally that helps press on with James’ undead army, adding attack to your army without the sacrifice that Vengeance demands. 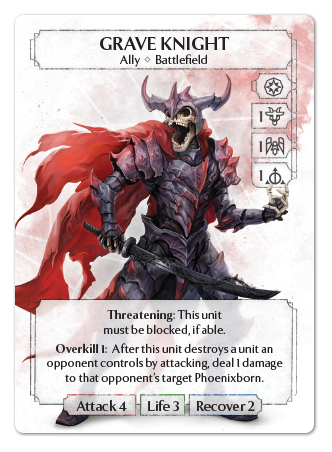 James’ premier ally is the Grave Knight; a fearsome foe with some of the most offensive presence in the game. Grave Knights demand an answer, whether you are willing to give it one or not. The Threatening ability can force unit combat when attacking a Phoenixborn, which is exceptionally dangerous when backed by Overkill 1. When a Grave Knight is attacking, something deadly is sure to come! 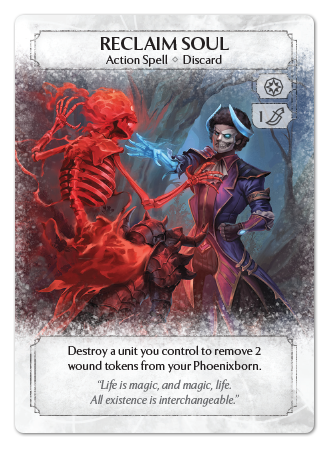 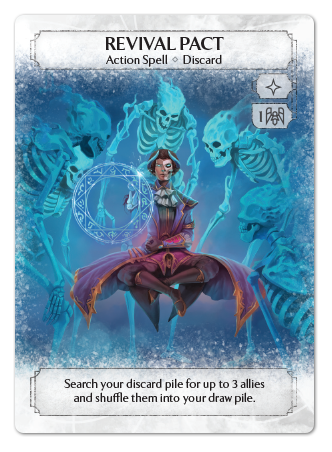 As your Knights and Fallen enter the fray, cards like Reclaim Soul can be used to stabilize your Phoenixborn’s life total, make room on your battlefield, and reap the benefits of any sacrifice-based synergies. James knows best that his army’s service doesn’t end at death, and Revival Pact can bolster your draw pile with another round of your ally warriors. 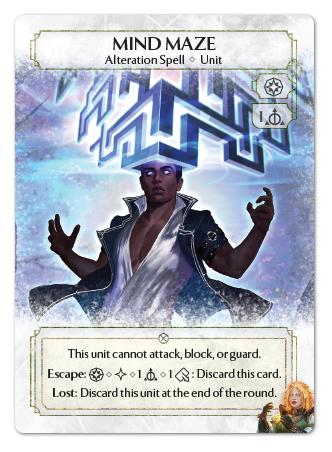 Fiona is back with an update to her unique card, Mind Maze. This powerful alteration can be a brutal tax on your opponent’s resources, and as they struggle to remove it, you can take advantage of their battlefield disadvantage with evasive attacks and rebuilding your defense. 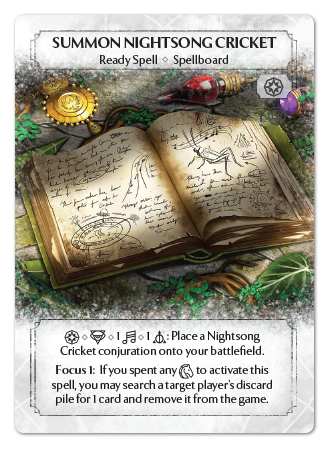 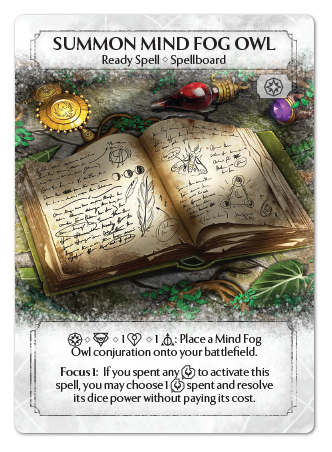 Fiona’s basic conjurations have received a simplification to their effects to help streamline the gameplay related to them. Their Focus effects now give additional benefits if you can afford to spend power dice to summon these conjurations. 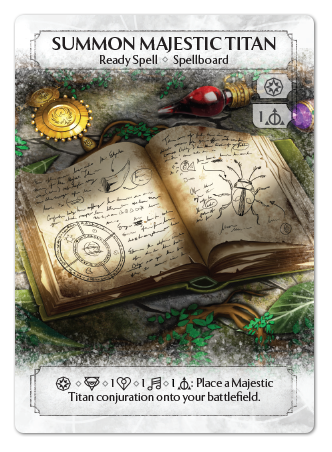 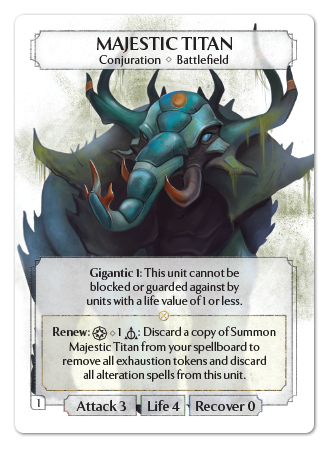 Additionally, the Majestic Titan has gotten a full rework to cement its role as a massive attacking unit with evasion in Gigantic 1. It can also refresh itself with the Renew ability to present a continuous offensive presence that can be difficult to stabilize against!

Upon the conclusion of Team Covenant’s livestream this week, all Ashes Reborn cards will have been officially revealed! We are drawing ever closer to the release of the game, and I hope you are excited to enter the fray with all of the new rules, spells, and characters that Ashes Reborn has to offer.

See you on the battlefield!

Pre-order The Grave King Reborn!
Ashes Reborn: The Grave King
$14.95
2
14+
30-60 minutes
This talented sociopath wields his power, stripping the living of their flesh, and raising their bones to do his bidding. James Endersight feeds off Divine and Ceremonial magic to raise the dead in this deck expansion for Ashes: Rise of the Phoenixborn.