Today we will dive into more mechanical and philosophical changes being developed for Ashes Reborn! In our last article, we covered some timing and resolution updates to the game, so this time we will dive into the crunchy topic of combat changes, as well as reflect on dice economy within the game.

To reiterate, the core philosophy of the Ashes Reborn project is to make Ashes a game accessible to as many different players and communities as possible by: 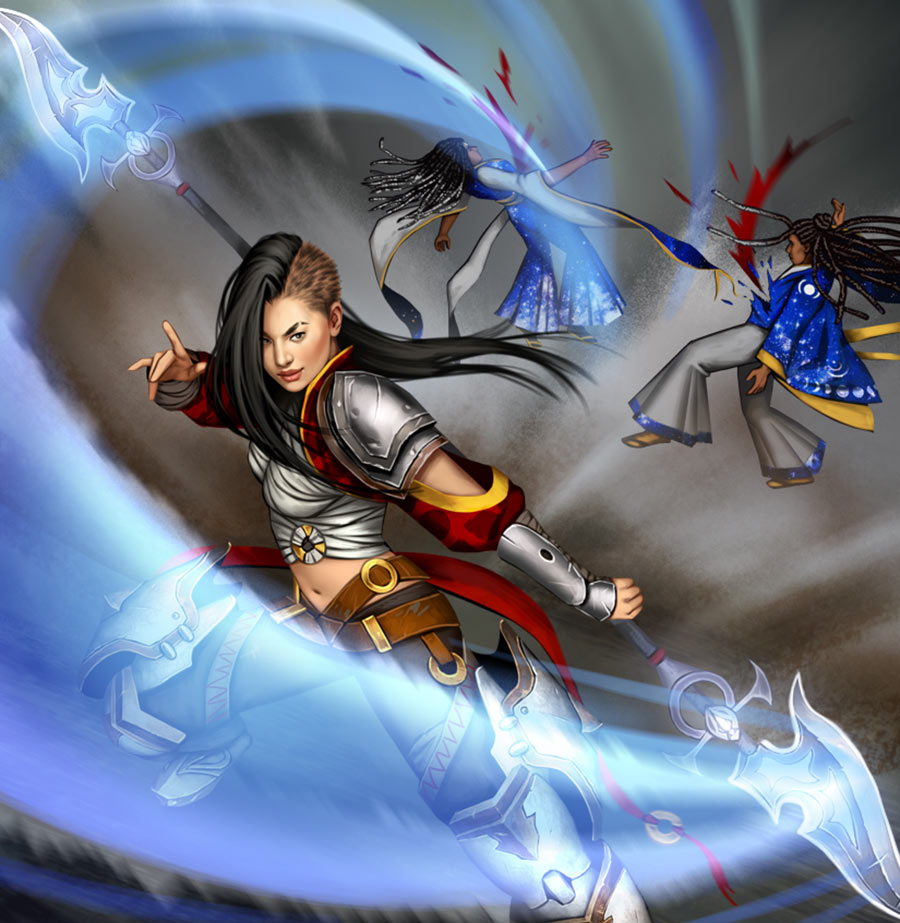 Ashes has an interesting duality built into its combat system -- choosing between a target Phoenixborn to attack or a target unit to attack. Both of these options offer up subtle differences in strategy. A goal of mine was to remove some of the problems inherent to this system in a way that promotes clarity and strategy. Let's discuss some of these issues. It was a common sight to see two Phoenixborn dueling it out, with both players at maximum battlefield capacity, and neither player wanting to take the first move. Defending players have a distinct tactical advantage in the 1.0 ruleset, allowing them to choose the recipient of most attacks. Need to protect a tactical unit? Guard with your Phoenixborn. Low on life? Summon some units to defend your Phoenixborn. Facing a swarm of attackers? Block with your units and refuse to counterattack, allowing yourself to attack in retaliation against an opponent who just exhausted their defensive options. The defending player had tremendous control over the flow of battle. All of these common experiences led to stagnation in battlefields, which has a ripple effect that generates some negative play experiences. Here is a quick summary of what to expect on the battlefield of Ashes Reborn:

Blocking or Guarding units must counterattack.

If you choose to change the target of your opponent’s attack, you have to commit to it by exhausting that unit for a counterattack. This gives the attacking player more ability to control the battlefield. Attacking rewards the attacker!

Targets of the Attack a Unit action are not required to counterattack.

This is still the same, but is important to reiterate, given the new rule above.

Units will only ever be in 1v1 battles.

The former Attack a Unit action allowed multiple units to attack a single target unit. It dealt with combining attack values and led to some unit abilities not triggering, or at least not triggering intuitively. Keeping unit combat to 1v1 will remove these situations.

Phoenixborn may only guard once per round.

This is a big one! Using life as a resource has always been an important part of strategy card games, and this is still the case in Ashes Reborn. Using your PB to guard in the early game allowed both players to quickly build up their battlefield, but then players would avoid letting those units interact in combat! With neither player willing to make an unfair trade, players used guarding PB to absorb many attacks. This new rule has players rotating their PBs 90 degrees to indicate they have used their 1 guard per round.

This is a tremendous tactical choice! Once a Phoenixborn’s guard is down, their units are exposed to precise attacks. A big point of tension in the game is trying to force your opponent to guard against a certain attack. This allows you to follow up with unit combat stacked entirely in your favor, because now your opponent has no way to guard their units this round! I am super excited about the way this rule has changed the pacing of combat, and I hope you all enjoy it as well!

Anyone who has played a decent amount of Ashes is familiar with cards like Hidden Power and the illusion dice power. Recurring spent dice and exhausting your opponent’s dice quickly became an over-centralized focus of Ashes gameplay. It was clear that strategies focused around these mechanics were dominant, and even worse, reduced the ability for players to explore a wide range of other strategies.

Ashes Reborn has done away with dice recursion. Players will play on the even playing field of 10 dice vs 10 dice each round. Keeping this economy tight helps us to maintain an economic balance within the game and allow players the freedom to execute their gameplan to the best of their ability.

On a related note, flatout exhausting an opponent’s dice has also been removed. The illusion dice power was the main way to do this: 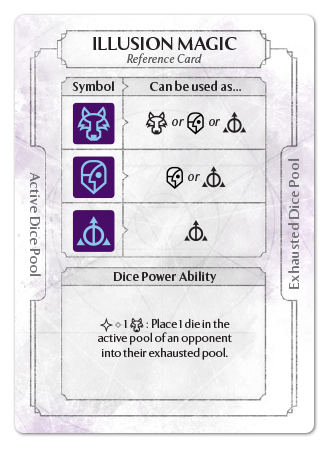 It is still important for players to interact on the plane of dice pools, and this will still exist in the form of changing the faces of dice: 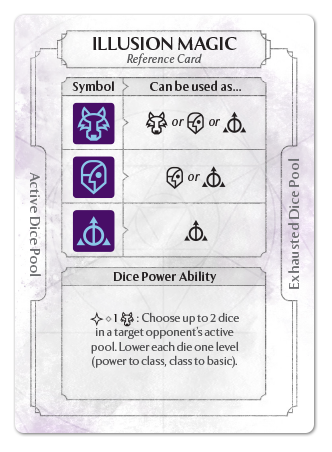 Illusion magic takes on a new role of denying the opponents the dice faces they need to play their cards! This can be an especially important disruption when you believe your opponent to be sitting on a reaction spell that costs power dice, or if they appear to want to use a dice power themselves. I hope these changes to the dice system of Ashes inspire you to explore more strategies, as well as add more player interactivity in gameplay!

Thanks for checking out today’s article! I hope you look forward to more dynamic, aggressive combat, as well as balanced and expressive use of dice in Ashes Reborn. Stay tuned for more updates! If you are interested in signing up to be an Ashes Reborn playtester, you may submit an application at https://playtest.plaidhatgames.com/ashes-signup/. You may be contacted to join the playtest team, depending on the needs of development.

Pre-Order Your Master Set!
Ashes Reborn: Rise of the Phoenixborn
$49.95
2
14+
30-60 minutes
Choose from six Phoenixborn in this Ashes Reborn base set, using imaginative cards and custom dice to summon faithful allies, combine powerful spells, and outwit your opponents in a fast-paced back and forth barrage of well-crafted magic and strategic skill.