Welcome back, summoners! We have arrived at the final faction of Master Set previews: the Vanguards! This faction is back from the first edition and is looking to win the game by rallying the troops, holding the front line, healing up, and outlasting the enemy. Their summoner is none other than Sera Eldwyn! 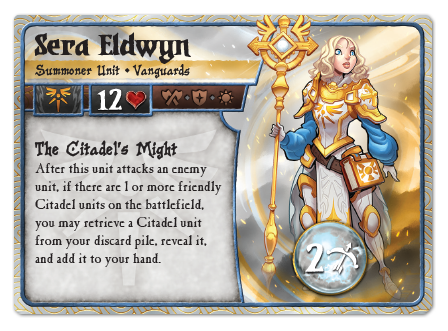 Sera is quite adept at managing a large army. Her ability allows her to rally her troops by recurring citadel commons from the discard pile. This plays two important roles. It allows you to keep a steady supply of common units flowing, even in the late game when resources run low. It also serves as an economy tool, giving Sera an additional card to build for magic at the end of the turn. 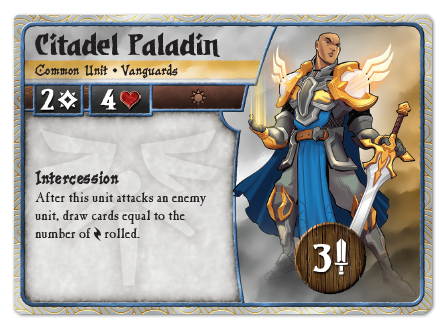 Speaking of citadel commons, the Citadel Paladin joins Sera in adding more cards to hand with its Intercession ability! The Paladin has a good chance to draw at least 1 card when attacking with its sizable 3 strength, following Sera’s lead in gaining more resources to burn for magic, or to simply find the right card for the situation.

Tomorrow, we continue our daily Summoner Wars previews as we debut the ranged forces of the Vanguards. See you then! 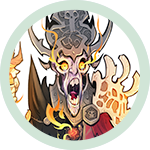 And yet whenever I reanimate the dead it's "evil"