Rhinoceros and Chant of Growth

Welcome back summoners! The Savanna Elves are back for another preview of their animal companions and powerful Chant effects. Let’s begin with the Rhinoceros! 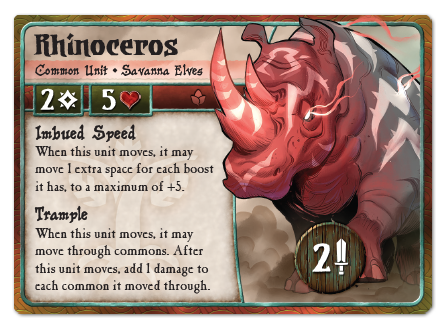 Here we have yet another unit that scales off boost tokens, this time gaining movement instead of strength or life. The Rhino takes extra advantage of their increased speed due to their Trample ability. The further they can charge, the more units they can Trample over! It may be straightforward, but they get the job done! Boosted Rhinos can make a great charge towards the enemy champion, especially paired with a Chant of Power to double-dip on their boost tokens! 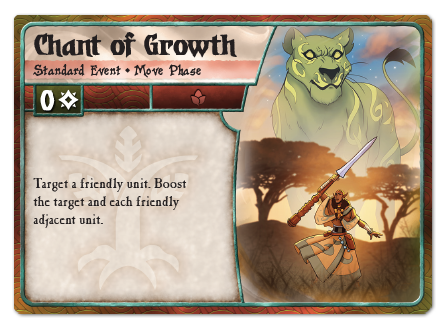 Savanna Elves simply need ways to boost their units as much as possible, and Chant of Growth does just that. Triggering in the move phase can allow you to boost up a Rhino before moving for a trampling charge, or after a Rhino moves to boost other allies further ahead on the map! Properly weaving this event into your maneuvering can be a great way to get the most out of your boosts, so look for every opportunity to boost a group of units if possible!

Tomorrow, we continue our daily Summoner Wars previews as we explore yet another pairing of common unit and complimentary Chant event!