Greetings, summoners! It is finally time to begin previewing the cards of Summoner Wars: Second Edition! We’ll begin the preview season with revisiting one of the original Summoner Wars factions; the Cave Goblins. This classic faction puts a huge emphasis on deploying a cheap swarm of units to overwhelm the opponent with their numbers. The Cave Goblins are led by their filthy summoner, Sneeks. 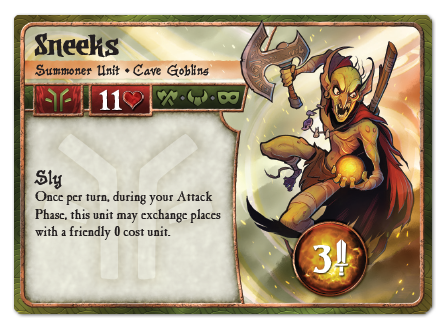 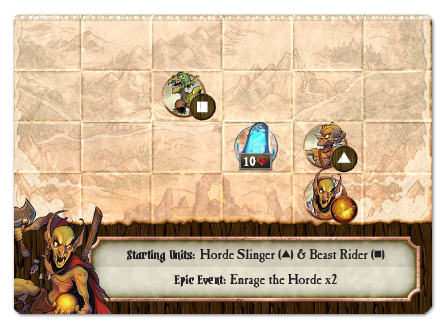 Sneeks defines one of the core aggressive advantages of the Cave Goblins. With the ability to trade places with a friendly 0-cost unit during the attack phase, Sneeks is now more crafty than ever. Use Sly to swap places with another unit that already attacked for double the pain, or use Sly to get Sneeks out of a dangerous situation after rushing him in for an attack. Mastery of Sneeks’ ability is essential to getting the most out of the Cave Goblin swarm! 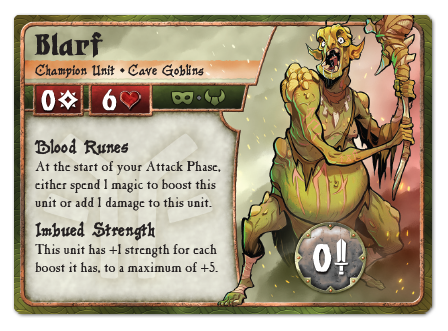 Another key feature of the Cave Goblins is that even their champion units can cost 0! Take Blarf for example. Blarf offloads his magic cost through the Blood Runes ability, which then converts those boost tokens directly into strength! If Blarf gets big enough, any champion or summoner better watch out for the double attack combo of Blarf plus Sneeks!

Tomorrow, we continue our daily Summoner Wars previews as we explore the ranged forces of the Cave Goblin horde. See you there!