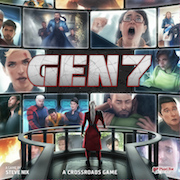 Featured Product
Gen7: A Crossroads Game
$99.95
3-4 players
14+
60-90 minutes
Gen7 is a grand narrative Crossroads game with a massive branching path, and the choices players make as they play will alter the direction of the story.
Unavailable

For six generations, everything has gone as planned. 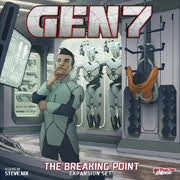 Gen7- How to Play